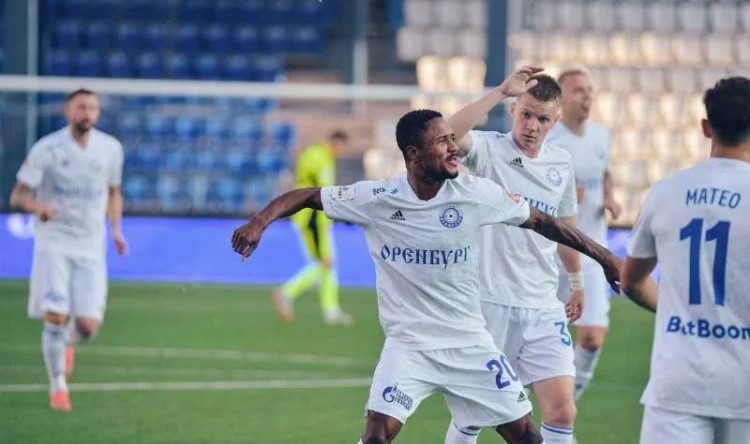 Ghana forward Joel Fameyeh was on target for Russian club Orenburg FC in their friendly against Polish side Korona.

The Black Stars attacker and his teammates are in Turkey for a mid-season camping where they have been engaged in a couple of friendly matches.

Fameyeh netted two goals as they defeated Korona Kielce 2-1 at the TBC Park in Turkey.

Orenburg will next play Veles on Friday before matches against Decic, Sosnoweic and Saburtalo.

Orenburg are top of the league chasing promotion to the topflight.