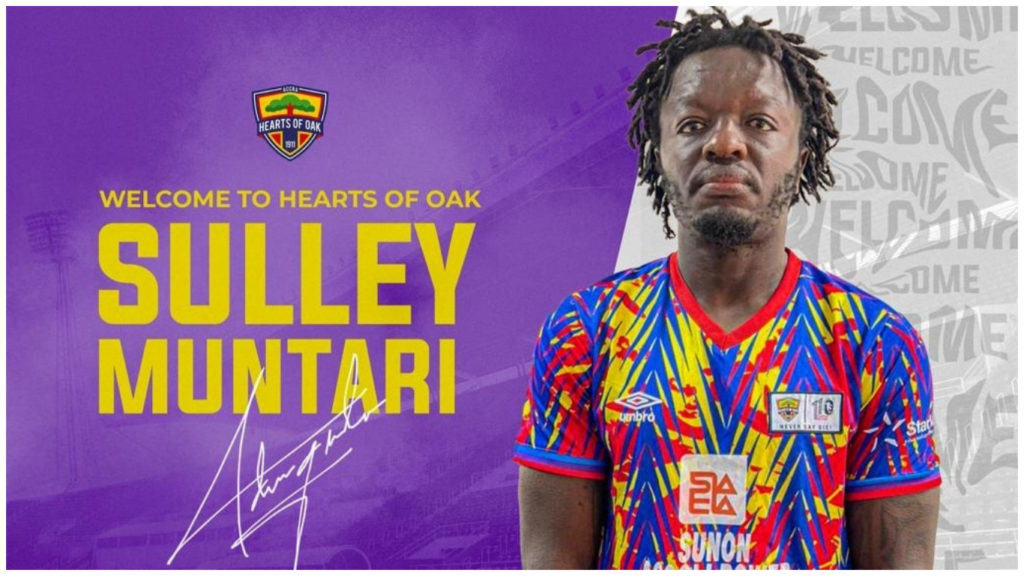 Hearts confirmed their capture of the Black Stars midfielder on a one-year deal but the player had already been training with the club before the announcement.

Muntari after leaving Albacete Bolompie in 2019, has been without a club but Paintsil reveals the midfielder who has netted 20 times for the Black Stars, is still in top shape and has not lost his mojo.

“He hasn’t featured for two years but whether two or four, if you see Muntari now you’ll be amazed. We train every Saturday night, we play two hours nonstop and he’s able to play all those hours and he’s doing well, running up and down and shooting as usual. He’s a hitter, he hits from 40-yards and is still scoring goals. So I don’t think him being without a club for two years will affect him playing for Hearts. It will never play any impact on him, I know he’s fit,” Paintsil said to JoySports.

Painstil played alongside Muntari in the senior national team for 12 years and the defender believes Muntari’s leadership qualities will also prove crucial to the Phobians.

“I have confidence in Muntari coming in to play for Hearts. It’s amazing I wish him all the best and I can’t wait to see him on the field. All the Hearts of Oak players will look up to him and they’ll be expecting his leadership quality that will help them and of course he is going to be at his teammates. Muntari is a leader and he is someone who doesn’t like defeat and the Hearts players have to understand that sometimes when they see him shouting and pushing them, they shouldn’t take it to heart.

“Players might feel intimidated that ‘he’s Muntari’ so they cannot tell him when there’s a mistake but Muntari is a professional player and understands everybody. People who don’t know him think he’s someway but when you’re close to him you’ll see the kind of great person he is. Aside being a good footballer, he’s also a great human being.”

Muntari could make his first public appearance for the club in the weekend’s GaMashie derby.