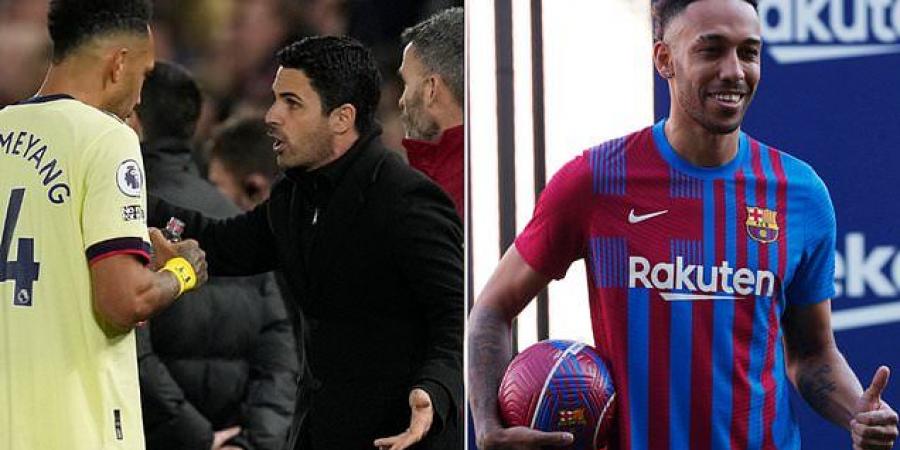 Pierre-Emerick Aubameyang has insisted that his problems at Arsenal were only with manager Mikel Arteta after he brought an end to his north London exile by joining Barcelona.

Aubameyang was stripped of the club captaincy and frozen out of the first team in December for what Arsenal said was the latest in a number of disciplinary breaches; the Gabon forward had flown back later than agreed from a club sanctioned trip to visit his mother in France, a move that brought with it COVID protocol implications for the club. That set the 32-year-old on a path that ended with him joining Barcelona on deadline day, his contract at the Emirates Stadium ripped up though his former club will subsidise his wages until the end of the season.

“My last few months at Arsenal were complicated, that’s football sometimes,” said Aubameyang at the press conference to unveil him as a new Barcelona player. “For my part, I never wanted to do anything wrong. My problem was only with Arteta. I can’t say much more, I wasn’t happy.

“It was just him and he made that decision. He wasn’t happy, I can’t tell you more. He wasn’t very happy, I stayed very calm and that’s it.

“They were difficult months but I think that’s how football is sometimes … For my part, I have never wanted to do something wrong and now I think that this is the past and I want to think about the present and right now that is my answer.”