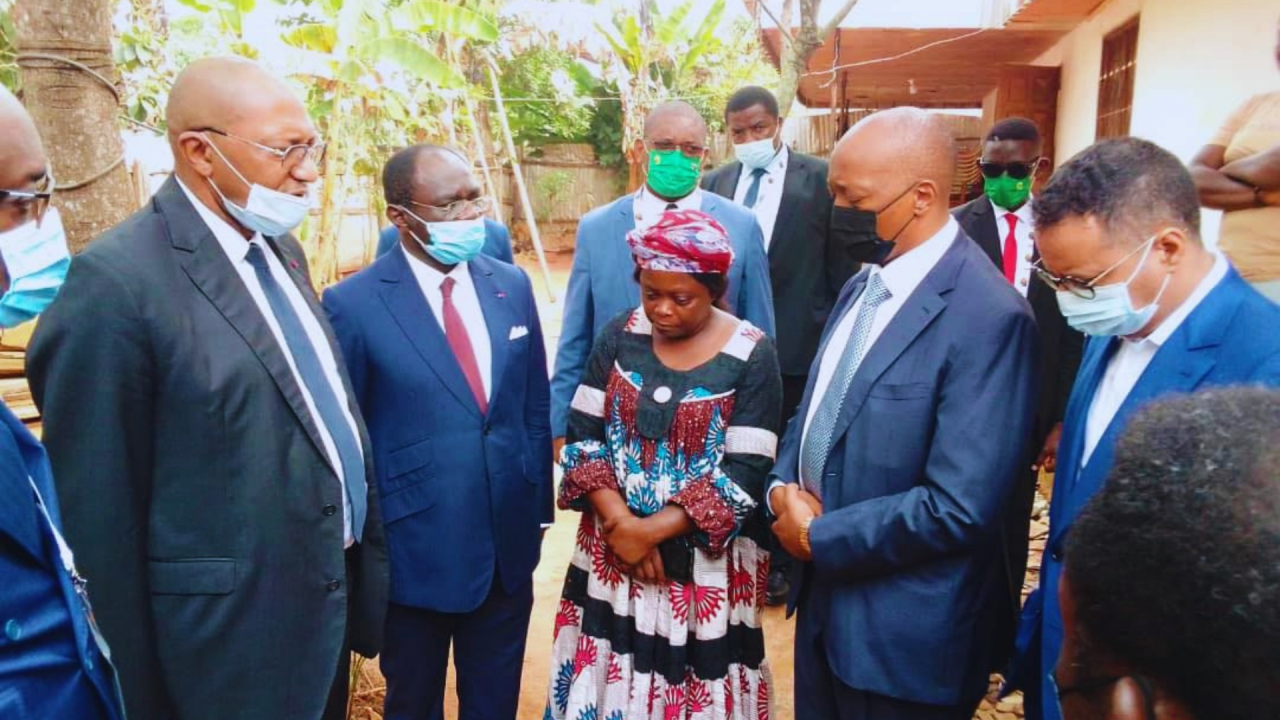 CAF President, Dr Patrice Motsepe has visited the homes of the families of the victims of the tragic stampede at the Olembe Stadium which occurred during the TotalEnergies Africa Cup of Nations match between hosts Cameroon and Comoros on Monday 24 January.

Dr Motsepe, who was accompanied by Cameroon Minister of Sports and President of COCAN, Professor Narcisse Mouelle Kombi, visited several homes in Olembe, Nkolbisson, Simbock and Biyem-Assi where he met and engaged with the bereaved families.

During his visits, the CAF President told the families: “We cannot feel the same pain as you but we have come to offer you the condolences and solidarity of the entire African football family and CAF. In our Bantu tradition, which is part of the tradition of many African countries, we are going with the government to see how we can stand by you in this difficult ordeal because you must not be alone.”

A day after the tragedy, the Secretary General and then President Motsepe visited the injured in hospitals of Yaounde.