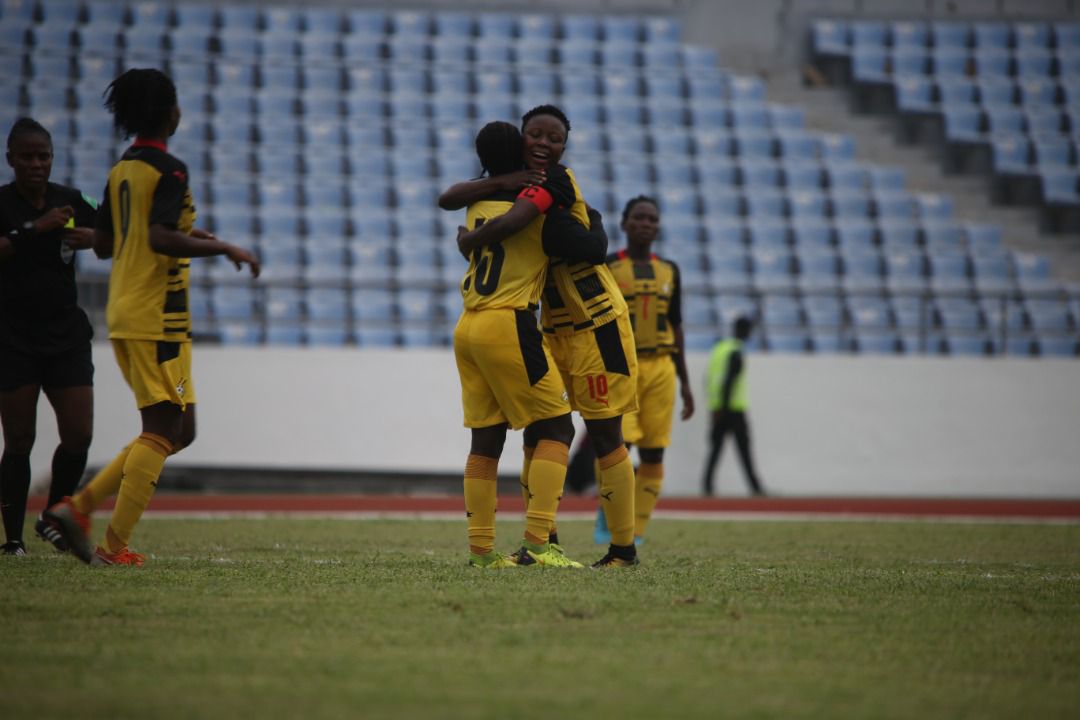 The Black Princesses of Ghana have qualified to the final round of the FIFA U-20 World Cup qualifiers after beating Uganda 5-0 at the Cape Coast stadium on Saturday.

The Princesses went into the game on the back of a 2:1 advantage from the first leg encounter in Uganda.  Ben Fokuo’s team started the game in fine form with a decent build up which gave them an early lead through skipper Evelyn Badu in the 22nd minute.

Salamatu Abdullai who had many clear chances to increase the lead finally scored in the 26th minute.

After recess, Ben Fokuo brought on Rahama Jafar in the 56th minute and her introduction proved very useful as she scored in the 82nd minute to give Ghana a 3-0 lead.

Salamatu Abdullai gave a lovely pass to attacker, Doris Boaduwaa to head home the fourth for the Princesses. The Young Crested Cranes of Uganda pushed for a consolation but were punished in the 90th minute when the referee awarded a penalty to the Princesses of Ghana.

Doris Boaduwaa made no mistake by scoring from the spot – her second on the day to make it 5:0 for the Princesses.