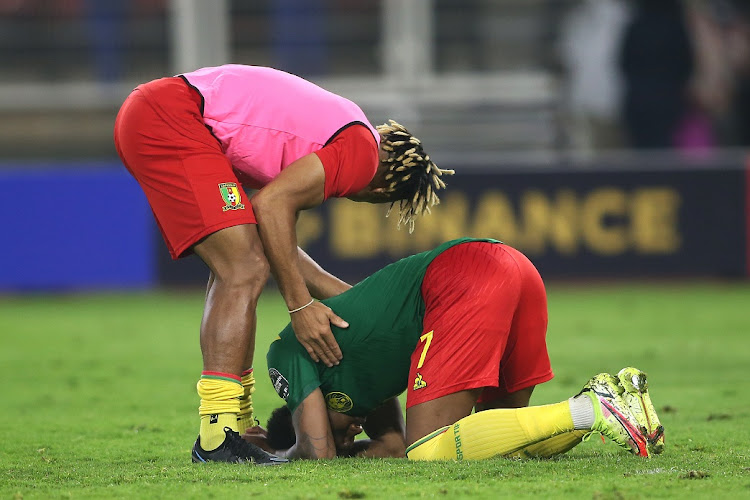 Cameroon added their name to an increasingly long list of hosts who have failed at the Africa Cup of Nations, eliminated at the semifinal stage on Thursday on post-match penalties.

Not since 2006, when Egypt were hosts, has the home team been able to win the tournament as Cameroon stretched the unsuccessful sequence to eight successive tournaments as they bowed out.

Egypt beat the Indomitable Lions 3-1 on penalties following a goalless draw after extra time in Thursday’s semifinal with coach Toni Conceicao admitting Cameroon had run out of steam and captain Vincent Aboubakar accusing his teammates of trying too much on their own.

“It’s a big disappointment, in football, you reap what you sow. We have a big team and every time we play as a team, we win,” Aboubakar said.

“In this game, everyone wanted to show what he was capable of and here is the pay-off. Whenever we are collectively strong, we win but the moment everyone tries to do what they want, we miss out.”

Conceicao felt the side had run out of steam, playing a sixth game in 26 days and on a heavy pitch that sapped the players’ energy levels.

“For 90 minutes the team played well and looked to score. We had some three to four chances without being able to score,” the coach said.

“In the second half, we started to have imbalances in the game and suffered fatigue. My team tried, but Egypt managed to control our offensive abilities and countered them. That’s why we were forced to penalties. This is the harsh reality of sport.”

Cameroon were also semifinal losers when they hosted the finals 50 years ago with the 1972 edition being won by Congo.

This year’s tournament has been overshadowed by a deadly stadium crush last week when Cameroon played their first knockout stage match, with eight people killed and seven seriously injured.

Thursday’s semifinal marked a first game back at the newly built Olembe Stadium, amid increased security and crowd control. It will host Sunday’s final between Egypt and Senegal.