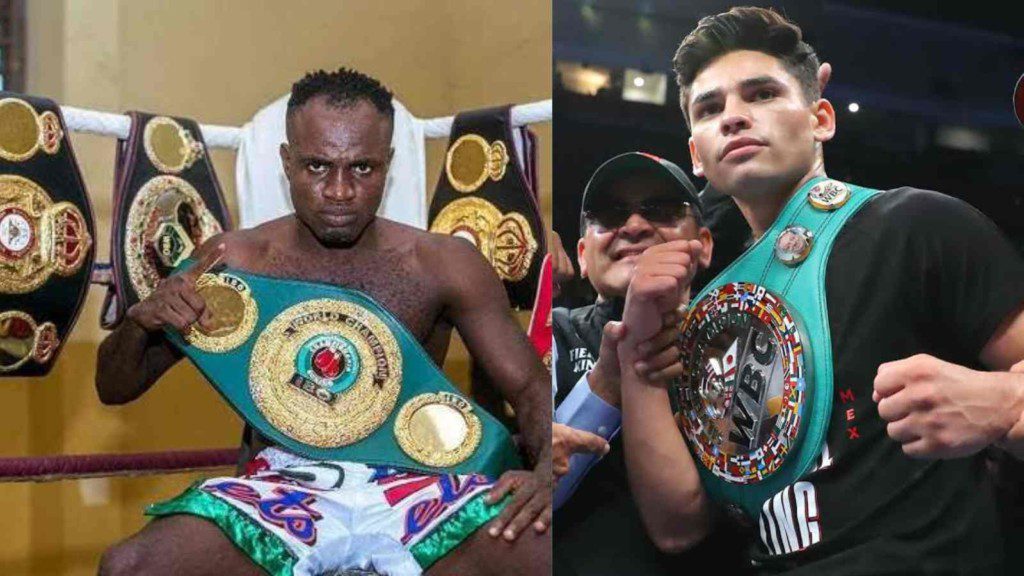 The hall of fame enshrined Promoter and CEO of Golden Boy Promotions, Oscar De La Hoya was quoted to have said at his 49th birthday party last Friday that Garcia will fight for the first time since he knocked out English man Luke Campbell in round seven at the American Airlines Center in Dallas in 2021 for the interim WBC World lightweight championship fight.

The Manager of Emmanuel Tagoe in the United States,Peter Kahn confirmed the latest news to GBA and indicated that terms were finalised last Friday afternoon for the crucial fight which will take place on April 9, from Alamodome in San Antonio, Texas.

Information reaching Ghana Boxing Authority(GBA) from a source at WBO has it  that,it was World Boxing Organization(WBO) that ordered the fight as a final eliminator way back in mid 2020 in the sanctioning body’s top three on the rankings.

Tagoe was prepared to enter talks with Garcia in an order of eliminator in July 2020.The two sides discussed a potential fight,only at the eleventh hour for Garcia to switched his attention to WBC which led to his sweet victory over Campbell.

Boxing oficionados have said that the streaky Ghanaian boxer has hit a jackpot by landing a fight he has wished for nearly 2 years.

Tagoe has just fought once last year against Mason Menard which he won by a majority decision at Seminole Hard Rock Hotel Casino in Holywood in Florida.

According to realistic permutations,the winner of Garcia-Tagoe could be in line for a slot at lineal/WBA/IBF/WBO Lightweight King,George Kambosos Jr later this year.

According to Peter Kahn, Emmanuel Tagoe who is currently in Ghana for holidays is expected back in the United States next week to join his trainer, Javiel Centeno as well as gym mate and undisputed lightweight world champion, George Kambosos in Florida.

“Everything is being done to receive Game Boy in Florida for training to begin ahead of the much anticipated bout,”Kahn posited.

The Ghana Boxing Authority (GBA) by this communique will like to cordially  tell Ghanaians to remember Emmanuel Tagoe in their prayers as we countdown to 9th April, for the main event at Alamodome in San Antonio,Texas.

On behalf of the entire Ghana boxing fraternity and the good people of Ghana, the GBA President, Abraham Kotei Neequaye expressed his profound gratitude to Peter Kahn and his team for their efforts in preparing and shaping Tagoe to become a world champion again.

According to Kotei Neequaye, Ghana Boxing Authority shall continue to pray for Tagoe, monitor his training regime and offer help in any form to him and his team.

“Game Boy,all you need is to have the determination to stand by your insatiable desire till you realise it come April 9th, 2022,” said GBA President Abraham Kotei Neequaye.