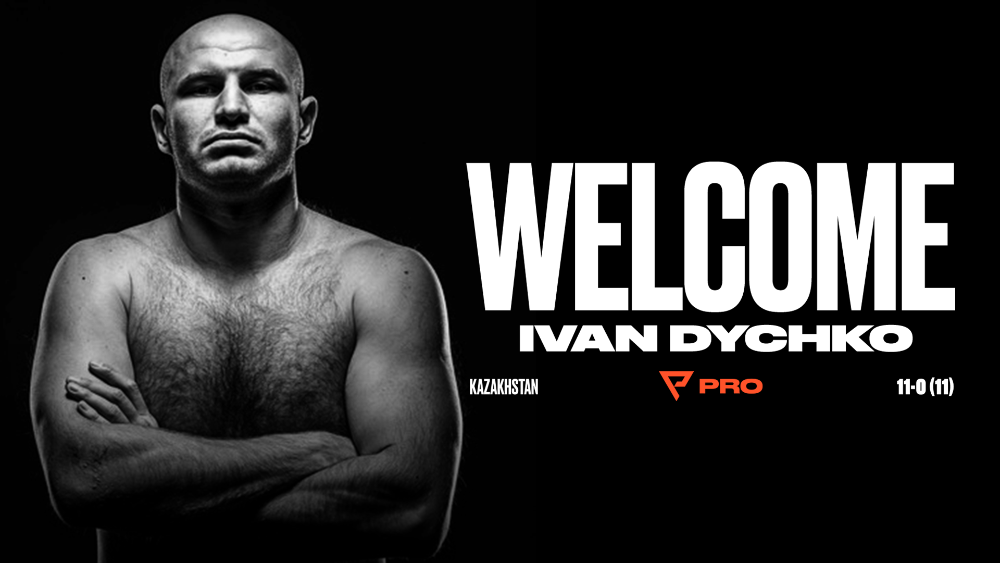 Dychko (11-0, 11 knockouts), from Kazakhstan, has caught the eye with a host of impressive performances following his professional debut in 2017, most recently against Russia’s Aleksandr Ustinov in December. He is yet to experience defeat.

His form in the professional ranks will come as no surprise to those who followed Dychko’s amateur career, during which time he won bronze medals at the Olympic Games in both 2012 and 2016, while also going up against a number of fighters who have gone on to become big names in the sport, including Anthony Joshua, Joe Joyce and recent Probellum signing, Bakhodir Jalolov.

Speaking about his signing, Dychko said: “I’m delighted to be working together with Bulldog Boxing and Probellum. I am 100% sure that they will help me become world champion.

“I am grateful in their trust of me and together we will make history.”

“We are obviously very pleased to announce the co-promotional signing of Ivan Dychko, a very talented boxer with a bright future ahead of him,” added Richard Schaefer, President of Probellum.

“The fact Ivan is undefeated since turning professional, winning all 11 of his fights via knockout, speaks volumes about the skills and attributes he possesses.

“This is yet another big signing for Probellum and we now look forward to watching Ivan develop and flourish under our guidance.”

“I am beyond excited that we were able to sign Ivan in partnership with Probellum. His combination of size, power, boxing IQ and amateur pedigree as a two-time Olympic medalist will undoubtedly result in Ivan becoming a household name in the very near future.

“Partnering with Probellum gives us the opportunity to take his great talents across the world and we can’t wait to get started.”

Probellum will hold its first event of 2022 at the Dubai Duty Free Tennis Stadium over two consecutive nights, on March 18 and 19, with a host of brilliant boxers already confirmed to compete, including Sunny Edwards, Muhammad Waseem, Regis Prograis, Tyrone McKenna, Jono Carroll and Estelle Mossely. More names will be announced in the coming weeks.

A week later, on March 25, Probellum heads to Newcastle’s Utilita Arena for a show featuring some of British boxing’s most talented stars such as Troy Williamson, Lewis Ritson, Thomas Patrick Ward, Pat McCormack and Ben Rees.