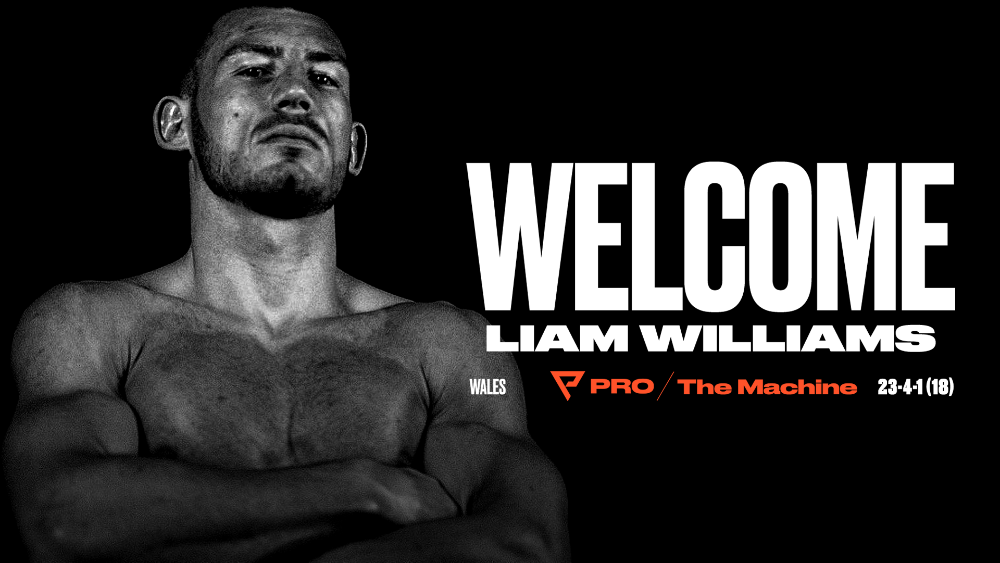 Welsh hero Williams (23-4-1, 18 knockouts) produced a determined performance during his points decision defeat to Chris Eubank Jr in Cardiff on Saturday evening, battling from early knockdowns to take the fight to the final bell.

Despite the defeat, in recent years he has become one of the best 160lb fighters in the world in and is currently ranked #6 with the WBA and WBC, #7 with the WBO, and #10 with Ring Magazine.

The 29-year-old also challenged for world honours in 2021, and has held the British, Commonwealth, WBC Silver, WBO Intercontinental and WBO European titles during his superb career.

“I’m thrilled to be signing with Probellum. They have already proven themselves to be a powerhouse in the sport and this move will open up some fantastic opportunities for me,” said Williams.

“The result against Eubank was obviously disappointing but sometimes that happens in boxing and I am confident that with Probellum by my side I’ll be given lots of new opportunities to be back winning again and I’m already focused on returning to the ring later this year.”

“We are proud to welcome another world-ranked star to our ranks by announcing the signing of Liam Williams,” added Richard Schaefer, President of Probellum. “Liam showed unbelievable resilience, skill and determination against Eubank to get back into the contest and his huge power, coupled with a fierce desire to succeed, makes him one of the most exciting middleweights on the planet.

“We know that he will win many times again and the fact his last 13 victories have all come via knockout is a great example of why he is so popular with fight fans. He has been proudly flying the flag for Wales throughout his career, and he has a fantastically loyal fanbase behind him.

“It’s traits such as these which are instrumental in Probellum’s decision making when it comes to signing new fighters, and we look forward to achieving great success together in the future.”

Those shows will be followed by a brilliant event at Newcastle’s Utilita Arena on March 25, where fight fans will be able to watch some of British boxing’s biggest talents in action, including Troy Williamson, Lewis Ritson and Thomas Patrick Ward.