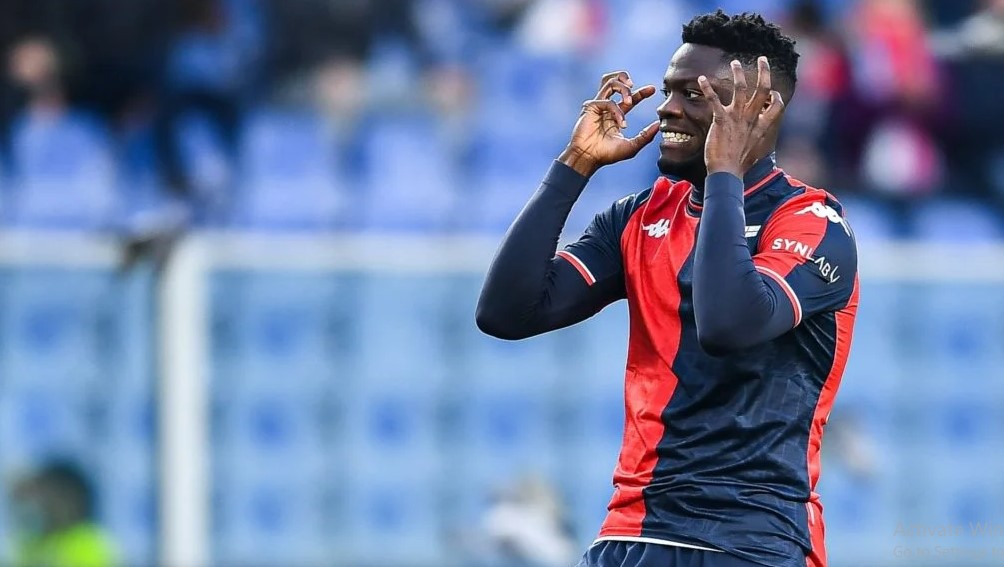 Ghanaian attacker Caleb Ekuban has reached in principle to sign for Turkish giants Besiktas before the start of next season, according to Ghanasoccernet.com.

Besiktas have been successfully convinced Ekuban to join them, a move that would confirm his return to Turkey.

Ekuban has struggled since his departure from Trabzonspor. He moved to Genoa on a three-year deal worth almost 2 million euros.

More than six months into the deal and Ekuban has decided to part ways with the relegation-threatened club in a bid to revive his career.

Ekuban has been woeful in front of goal, failing to score in 20 league games so far. His only goal for the club came in the Italian Cup.

Genoa signed striker Kelvin Yeboah, who scored 11 goals for Sturm Graz in Austria this season, in January. A clear indication that they have lost faith in Ekuban.

Ghanasoccernet.com can report that Besiktas want Ekuban to lead their attack next term with Belgian forward Michy Batshuayi not interested in a permanent deal and will return to parent club Chelsea at the end of the season.

Also, Besiktas are unable to meet the demands of Canadian attacker Cyle Christopher Larin for an extension as his contract runs out in June this year.

Ekuban had a good time in Turkey with Trabzonspor. He recorded 30 goal contributions (scoring 20 and assisting 10) across three seasons.