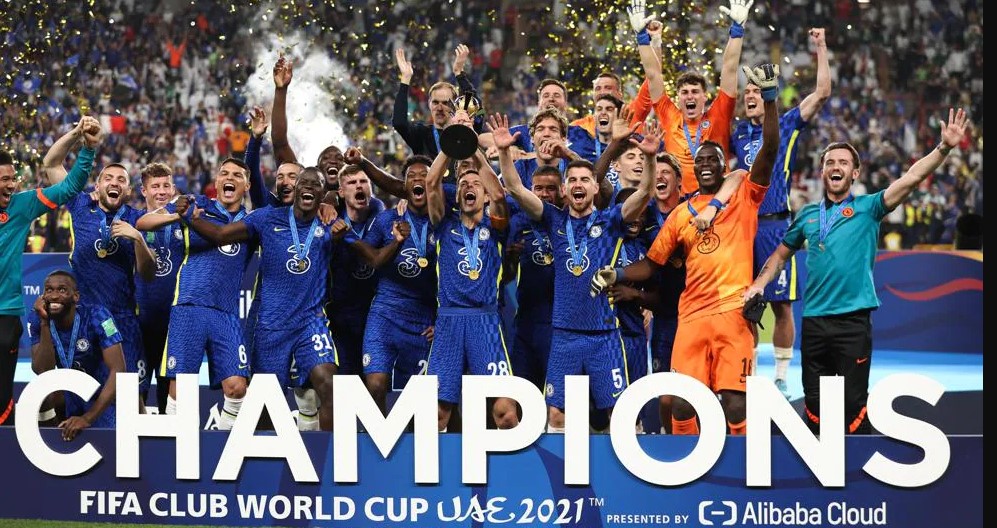 Kai Havertz was once again the hero for UEFA Champions League holders Chelsea as they defeated Brazil’s Palmeiras 2-1 to win the FIFA Club World Cup for the first time.

The showpiece was heading for a penalty shoot-out when Chelsea earned a 117th-minute penalty after a handball from defender Luan. Up stepped Havertz – scorer of their 2021 UEFA Champions League winner – and the German made no mistake as the Blues became the eighth different European winners of the competition and the ninth in a row.

Romelu Lukaku opened the scoring for Thomas Tuchel’s side with a header ten minutes into the second half, the Belgian’s second of the tournament having stuck the only goal of the semi-final against Saudi Arabia’s Al Hilal. Raphael Veiga soon levelled from the spot, though, and Chelsea struggled to break

eiras down until Havertz broke their hearts.

Who was playing at the Club World Cup?

When and where was the Club World Cup?

This year’s tournament took place at two venues in Abu Dhabi and ran from 3 to 12 February.

How did Chelsea qualify for the Club World Cup?

Havertz scored the only goal as Chelsea beat Premier League rivals Manchester City in last season’s final to be crowned European champions for the second time. The UEFA Champions League holders join their counterparts from Asia, Africa, North and Central America and the Caribbean and South America, as well as a side nominated by the Oceania confederation and the national champions of the host nation, the United Arab Emirates, at the Club World Cup.

Which Chelsea players travelled for the Club World Cup?

Chelsea pose for a team photo before the final

Who has won the Club World Cup?