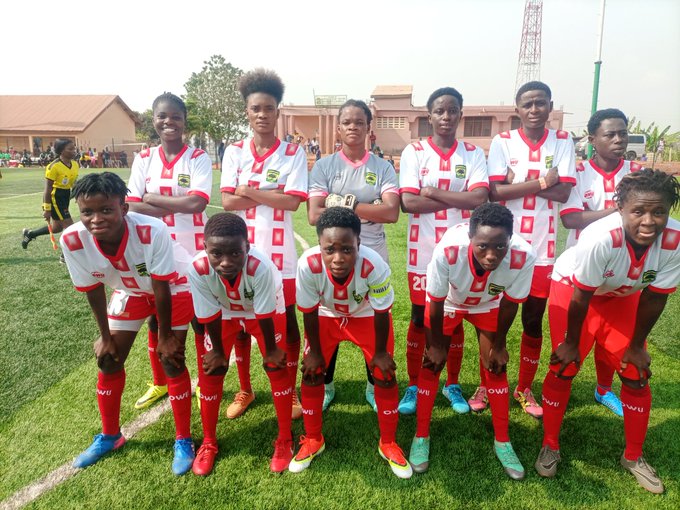 Fabulous Ladies continued their sublime form in the Women’s Premier League as they beat Pearl Pia Ladies 3-0 at the Bantama Astro Turf.

The match began on a very low tempo but suddenly picked after both teams started creating chances.

Charity Mensah of Fabulous Ladies broke the deadlock on the 37th minute after converting a sumptuous free kick into the roof of the net.

The away side who came into the game with a well-rehearsed game plan failed to pull parity as the first half came to a close with Fabulous Ladies holding out a 1-0 advantage.

Back from the break, both coaches threw in some fresh legs but it yielded results for the home side.

PearlPia Ladies took control after the break but were not clinical upfront which gave the home team an edge.

Ernestina Mensah of Fabulous Ladies capitalized on a mistake by the goalkeeper of Pearl Pia Ladies to double their lead on the 70th minute.

In less than eight minutes, Ernestina Mensah again recorded her name on the score sheet in the 78th minute to increase her goal tally as the match ended 3-0 in favor of the home team. Ernestina Mensah ‘s brace won her the most Valuable player of the match.

In other results in the Northern Zone:

Supreme Ladies defeated FC Savvanah 2-0 on Saturday. Abigail Sakyiwaa scored a brace in either half to give her side the three points. The attacker netted in the 32nd and 52nd minutes as the host coasted to a 2-0 win.

Prisons Ladies were held by Northern Zone champions Ampem Darkoa Ladies in a goalless draw at the Coronation Park at Sunyani.

Later on Monday, Northern Ladies Football Club will play host to Ashtown Ladires at the Aliu Mahama stadium in Tamale while Dreamz Ladies clash with Kumasi Sports Academy at the Bantama Astro Turf at 3pm.