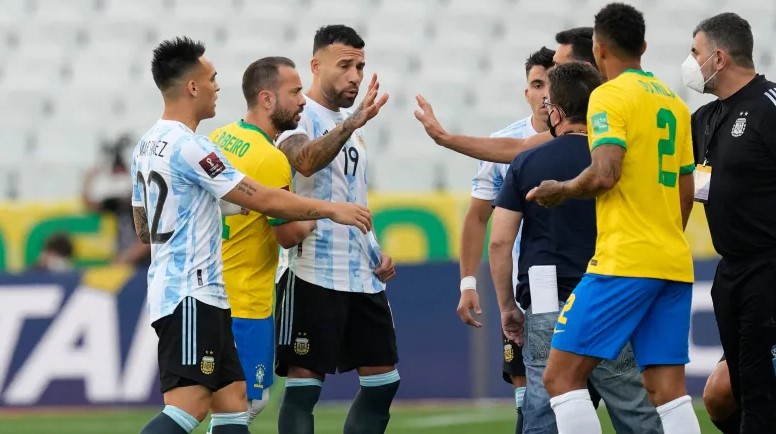 FIFA handed out fines and suspensions on Monday while ordering Brazil and Argentina to replay the World Cup qualifier that was abandoned after health officials stormed the field to question the quarantine status of players.

Four of Argentina’s English Premier League players were accused of flouting quarantine requirements in Sao Paulo in September and of falsifying Brazilian coronavirus declarations by not stating they had been in red-listed Britain in the previous 14 days.

FIFA ordered the Brazilian Football Association to pay a fine of 550,000 Swiss francs (about $600,000 US) for “infringements related to order and security”, and over the abandonment.

The Argentinian Football Association was fined 250,000 Swiss francs ($270,000 US) for failing to “comply with its obligations in relation to order and security, the preparation of and its participation in the match”, and the abandonment.

FIFA has not set a date or location for the game to be played again. Brazil and Argentina have already sealed a place at the World Cup in Qatar in November ahead of the scheduled conclusion of CONMEBOL qualifying in March, when both teams have another two games to play.