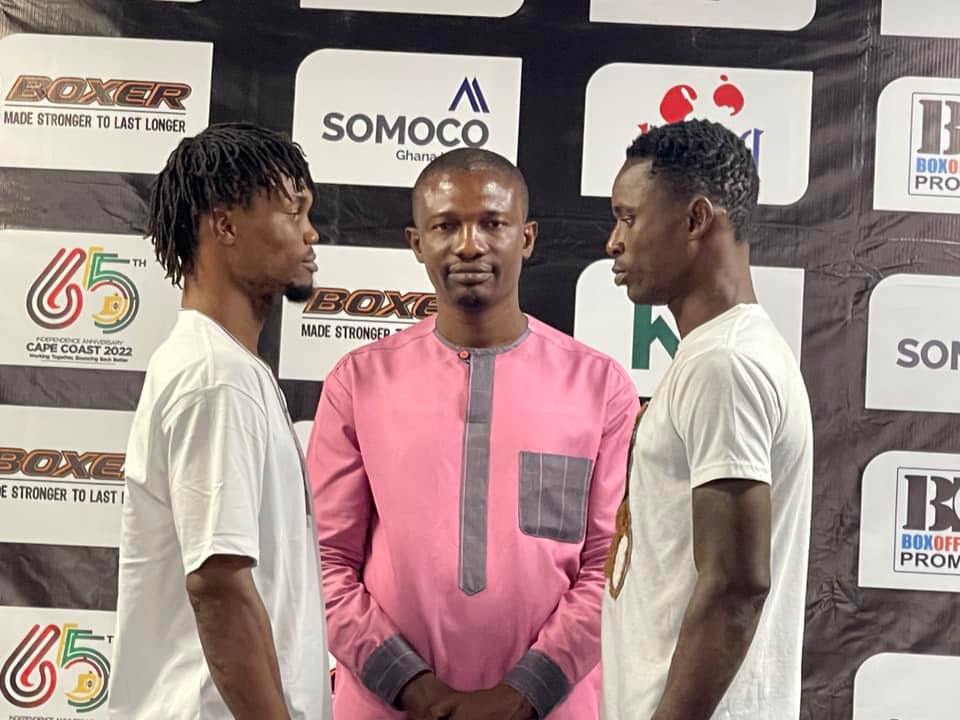 Quaye, who is undefeated in 20 professional bouts, said he was ready to retire Ashie during their ‘Rumble for Freedom’ bout on Independence Day.

The duo would have the bragging rights to fight for when they clash in an all-Bukom affair at the Bukom Boxing Arena in Accra in a fight being promoted by the Box Office Sports Promotions.

In an interview with Graphic Sports, Quaye said it would be an emotional night for him, having sought for an opportunity to fight Ashie for years.

“I can confidently tell you that he cannot go past seven rounds because he doesn’t have the strength to fight me.

“Ashie is past his prime and I am ready to retire him from the sport with an emphatic win on the night,” said Quaye.

The two fighters are looking to use the bout to enter the world ratings before the IBF announces its rankings later this month.

Quaye is seeking to make a statement with a big win over Ashie as the bout promises to attract hundreds of spectators to the Bukom Boxing Arena.

When asked if Ashie was a threat to his professional record, Quaye insisted that it would take something extraordinary for his opponent to register a win over him.

“He can’t beat me because he will need something extraordinary to do that which I don’t see in him now that his career is over,” he added.