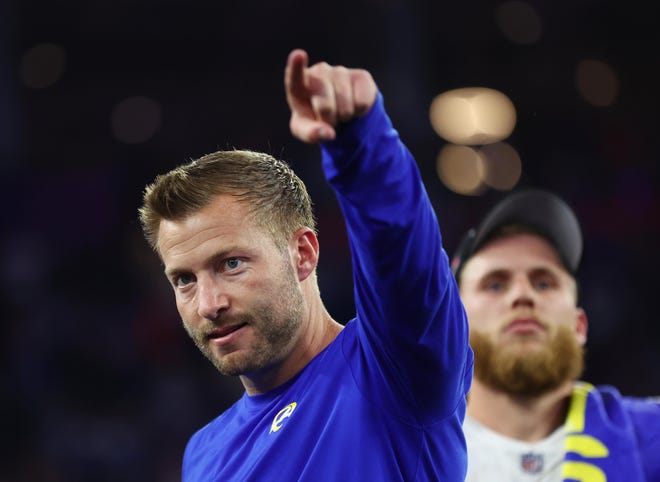 Sean McVay entered the NFL head-coaching ranks in 2017 as the youngest hire in the league’s modern history at 33.

Now he’s beaten all his predecessors and contemporaries to another feat.

With the Los Angeles Rams’ 23-20 victory over the Cincinnati Bengals on Sunday in Super Bowl 56 at SoFi Stadium, McVay becomes the youngest coach ever to win a Super Bowl. McVay, who is 36 years and 20 days old on Sunday, tops the Pittsburgh Steelers’ Mike Tomlin, who was 36 years, 10 months and 18 days old when his team beat the Arizona Cardinals to cap the 2008 season.

Sunday marked McVay’s second Super Bowl trip after reaching the stage with the Rams in the 2018 season, when they fell short against the New England Patriots. After the game, McVay said he was “outcoached” by counterpart Bill Belichick.

“I’ll never run away from the fact that I didn’t do a good enough job for our team within what I feel like my role and responsibility (are) to those guys,” McVay said last week in the lead-up to the game. “I think you say, ‘OK, if you had it differently, what did you learn as far as the decision-making, as far as the ability to be totally in the moment during the game, and be able to make those adjustments quicker than what we were able to do?’”

McVay has two years left on his contract but is in line for what should be a hefty extension, according to multiple reports.

“It feels outstanding. You talk about a resilient team – coaches, players, I’m just so proud of this group,” said McVay. “For the offense to find a way, and then Aaron to be able to finish it off, it’s poetic, man.”

McVay took the Rams head coaching job in 2017 after serving as the offensive coordinator for Washington, and wasted no time turning the organization around. The same year, McVay won the NFL coach of the year award at 32.

Before the victory, Steelers head coach Mike Tomlin held the title of the youngest head coach to ever win it all, as he also won Super Bowl XLIII at 36. McVay got his win 303 days younger than Tomlin.