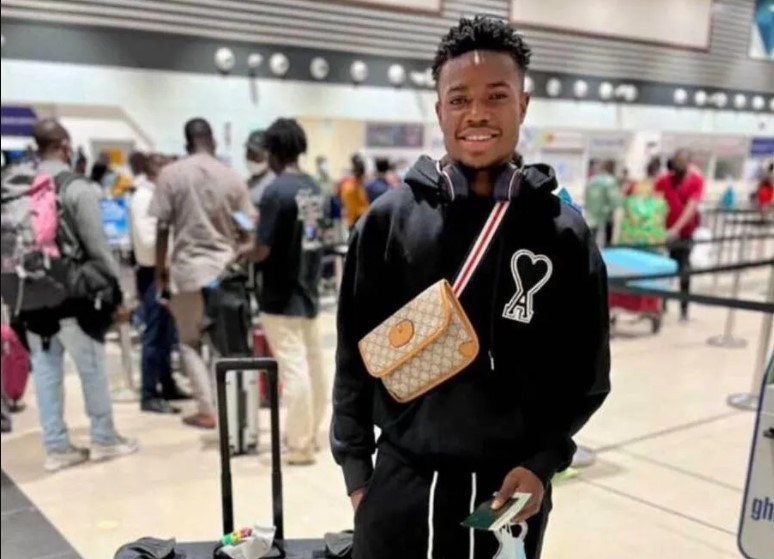 Ghana youth star Abdul Fatawu Issahaku has left the country to continue his development with the Portuguese side Sporting CP.

The 19-year-old left the country on Saturday to join his new club.

Fatawu Issahaku was a member of Ghana’s Under-20 side that won the Africa Cup of Nations last year, where he won the Most Valuable Player of the tournament while scoring twice for the Black Satellites en route to winning the title.

His stellar performances in the competition as well as his eye-catching displays for Division One side, Steadfast FC saw him secure a loan move to Dreams FC.

While playing in the Ghana Premier League for the first time this season, the 17-year-old found the back on the net six times for the Still Believe lads prior to making the Black Stars final squad for the just-ended AFCON in Cameroon.

The youngster started just one game at the continental showpiece in Cameroon, while making cameo appearances against Morocco and Gabon as Ghana exited the competition in the group stage.

He is expected to begin training with the U-23 side before working up his way to the senior team.