Simba strikes for Dreams to sink Medeama 1-0 in Tarkwa 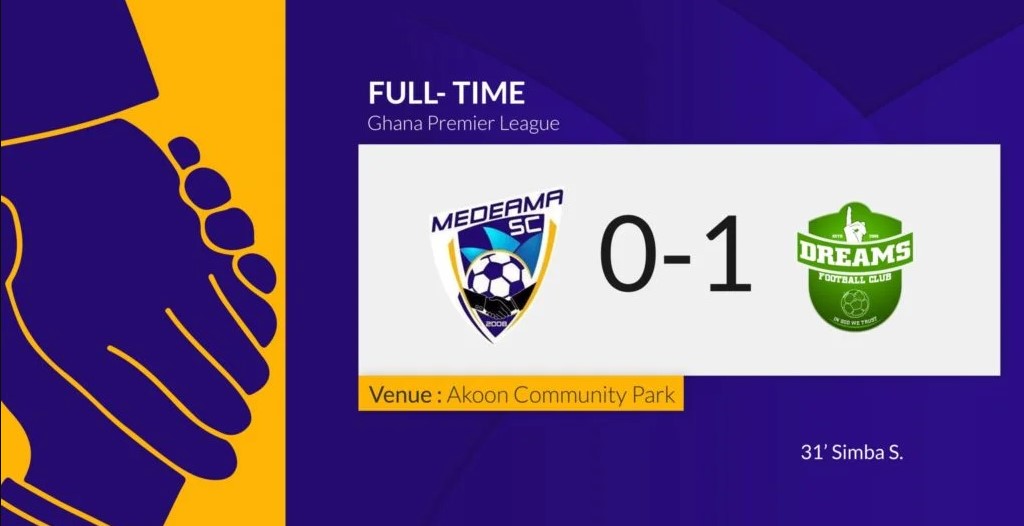 Dreams FC scored in the first half to beat Medeama SC 1-0 in their rained off Premier League fixture on Monday morning. The match was rescheduled for Monday due to a heavy down pour in Tarkwa – making the Akoon Community field unplayable.

Sylvester Simba scored the only goal of the match on 31 minutes to end Medeama’s long standing unbeaten home run. Dreams FC were dominant in the entire period of the game as they showed class, hunger and desire to outwit the Mauve and Yellows in their own backyard.

Dreams FC controlled the tempo with a fantastic game management which saw them record their first ever Premier League win in Tarkwa.

The result leaves Medeama SC on 6th position with 26 points while Dreams FC lies in 9th place with 23 points after 17 Premier League matches.