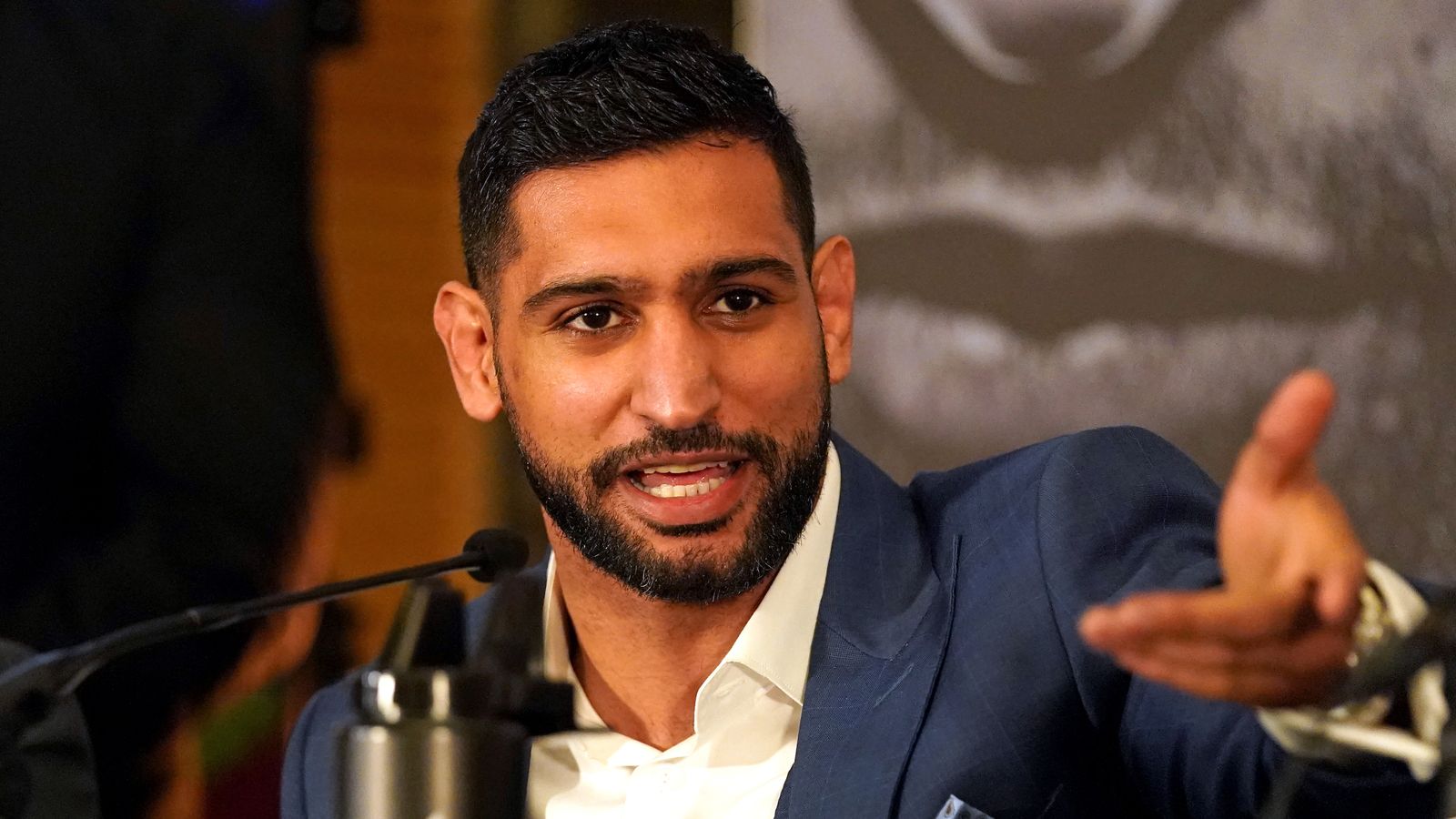 It is finally fight week with five days to go until Amir Khan and Kell Brook step into the ring in the Manchester Arena and the duo are fine-tuning their preparations.

Khan arrived at his Manchester hotel for the week, hot off a rigorous training camp in Omaha, Nebraska and Colorado Springs.

“The altitude in Omaha and Colorado Springs was very, very difficult. We’ve just got back, so still got the benefits of doing it. I’ve done a 12-round spar and an eight-round spar, finished off with the eight-round spar and it felt so easy! The oxygen, it just felt like there was too much of it.

“We’ve been focused in Omaha, up in the mountains in Colorado Springs, focused on our training. We don’t care what Kell and his team are doing.”

And after facing off with Brook in The Gloves Are Off, the Bolton native senses a weakness in his opponent.

“His confidence is brittle, definitely,” he said. “And I can see right through him. You can see how he reacts when I talk to him. You could see he really dislikes me and hates me, which is normal. We’re going to be fighting each other come Saturday.

“But I just think it’s getting to him a bit too much where it could definitely throw his game-plan out the window, where he’s going to go into a fight, guns blazing, make mistakes and get caught himself.

“I’m staying calm. I find it quite funny when I speak to him and I can see the anger in him. I just kind of mess around with him really, to be honest. That’s what it’s come down to. I pick on things, and I know it’s going to get under his skin.

Speaking in Sheffield, entering the gym for his final pre-fight training session, Brook made it clear that it is personal.

“It’s definitely personal. There’s no handshakes,” he said. “I’m coming to do business. What we’ve been talking about for over a decade is five days away.

“I just can’t wait now to show the fans what they’ve been missing out on. This is the show they’ve been waiting to see, and they’re going to see one hell of a show on Saturday night.”

And he knows he must avoid Khan’s mind-games.

“I’ve just got to keep my cool,” he continued. “I know he’s going to be playing mind-games this week, but when it’s all said and done, all I’m worried about is hearing that first bell ring, going out and executing the game-plan, and taking care of business.”

Nelson expecting a week of ‘skulduggery’

Nelson previews the fight, and says that bragging rights are up for grabs

Sky Sports’ Johnny Nelson said he is expecting the mind games to ramp up as the week progresses.

“Amir Khan is very slick. He’s very media-savvy. He knows when to smile. He knows how to work it,” Nelson said.

“Kell was very emotional. Amir knew how to poke, and press those buttons. So Kell’s got to understand, he’s got to be in full control of himself when he gets in the ring.

“If you get in the ring and you fight on emotion, you’re not going to think about throwing 150 jabs and 15 hooks. You’re just going to think, ‘I want to get him’.

“And Amir knows that about Kell, which is why this week there’ll be so much skulduggery in regards as to what’s said and what’s not said outside the ring. Because the whole point is to get under your opponent’s skin!”