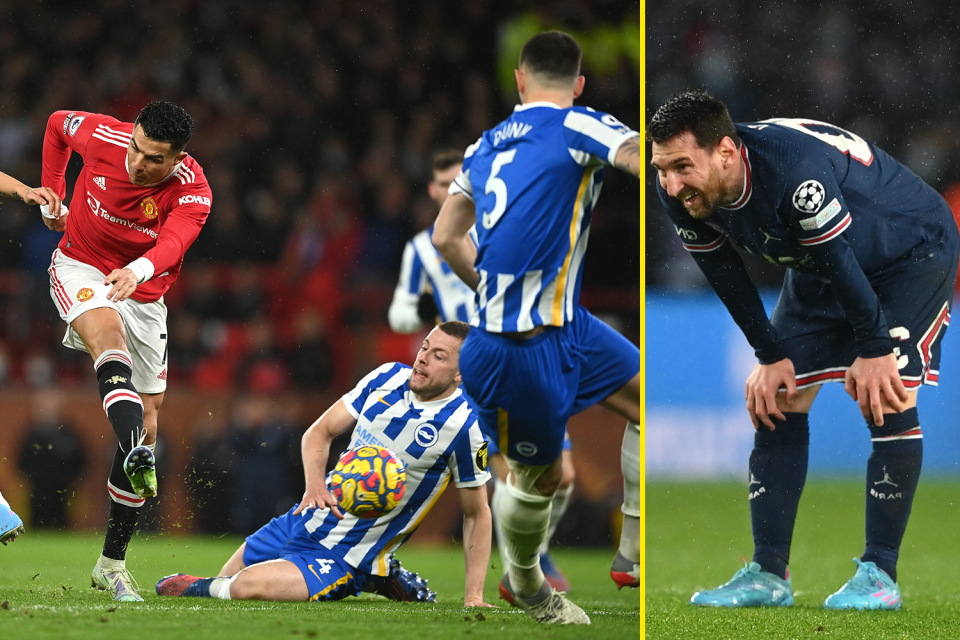 Cristiano Ronaldo netted his first goal of 2022 as his fine effort helped Manchester United to a 2-0 win at home to Brighton.

The Portuguese fired into the corner of the net from the edge of the box after Yves Bissouma was dispossessed in a dangerous area.

Ronaldo’s goal is his first in seven outings for Man United and came less than a minute after long-time adversary for the ‘greatest of all time’ adversary had a moment to forget.

Just 54 seconds earlier, Lionel Messi spurned a huge chance to give Paris Saint-Germain the lead over Real Madrid in the Champions League last-16 tie as his penalty was saved by Thibaut Courtois.

Fortunately for Messi his blushes were spared when Bernabeu-bound Kylian Mbappe’s stoppage-time strike gave PSG a 1-0 win in the first leg.

As for Man United, this win, which was sealed by Bruno Fernandes’ stoppage-time strike, puts them back in the top four.

Graham Potter’s Seagulls impressed for large periods of a first half in which David De Gea superbly denied Jakub Moder, with boos greeting the hosts’ display at the half-time whistle.

But things changed within minutes of the restart as Ronaldo scored his first goal of 2022, before Anthony Elanga’s pace caught out Dunk and referee Peter Bankes showed the Albion captain red after reviewing the footage.