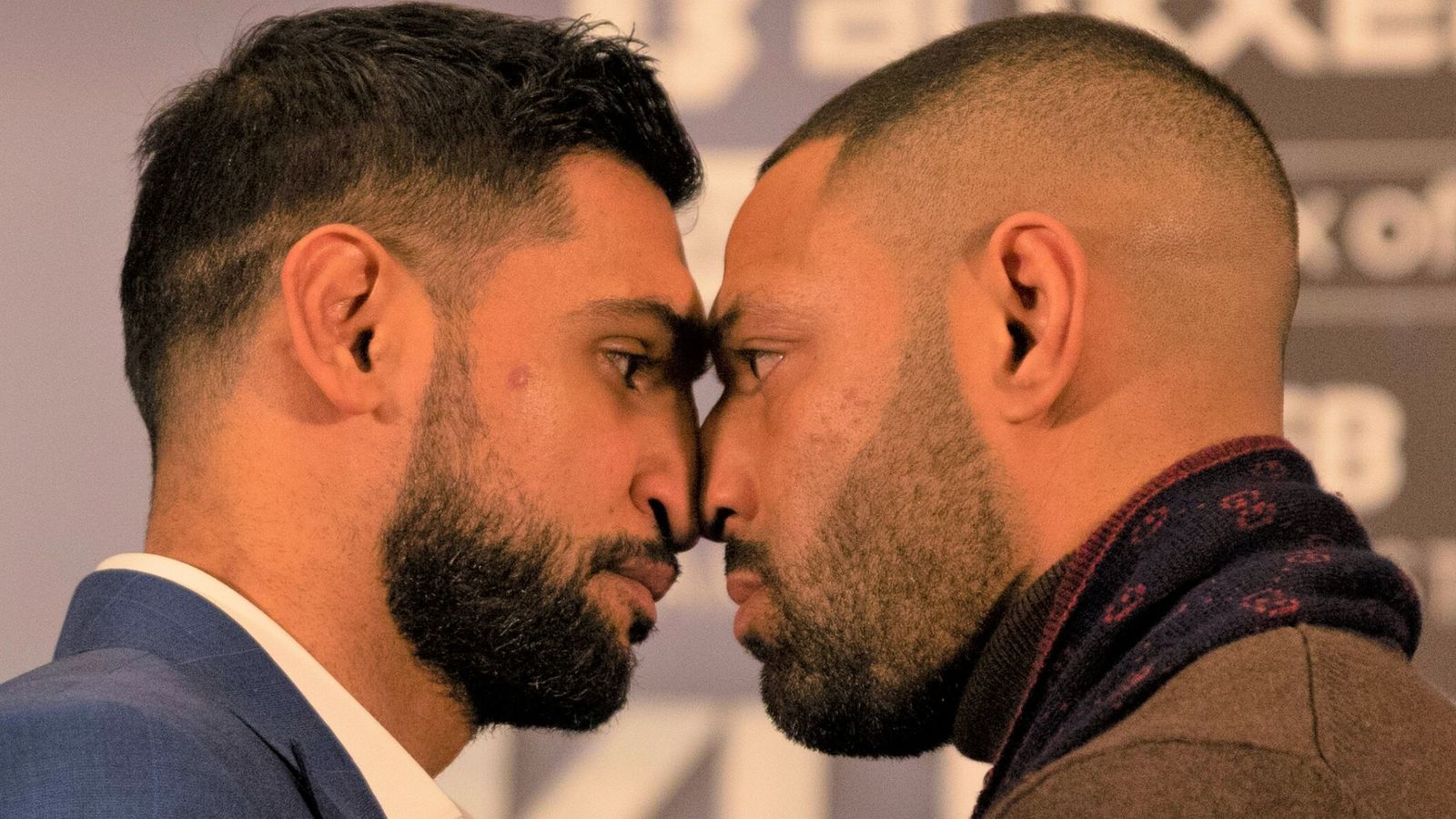 Kell Brook believes Amir Khan’s greatest weakness is his chin and is ready to expose his British rival in their fight on Saturday.

Brook and Khan finally step into the ring together after a near 20-year feud and will fight in Manchester in a contest at 10st 9lbs (68kg).

Speaking to 5 Live, Brook insisted there was real animosity between the two former world champions.

Brook and Khan, both 35, sat down with Eleanor Roper to discuss each other’s strengths and weaknesses before the highly-anticipated fight.

Asked what Khan’s greatest weakness was, Brook replied: “His whiskers. His chin. The world knows his chin’s not there.”

“Timing beats speed,” he added. “I always find a way to get my shots off.

“We’re in there for a long time – there will come a time when we exchange. There is going to be a lot of drama in the fight.”

Khan dismissed Brook’s assessment of his chin and insisted he has seen the desire drain out of his opponent in recent years.

“I really believe Kell can’t take a shot. I think his chin is really bad,” Khan said in response.

“I just don’t think he has the heart anymore. The heart he had maybe five years ago is gone – he now takes a knee, gives up in fights.”

The Manchester Arena sold out in just minutes with fans desperate to see the two British fighters finally face off in the ring despite both men now being past their prime.

“I don’t like his attitude, his lies,” Brook said of Khan and their long-standing rivalry.

“I think the boxing world knows I always wanted this fight. When he says it’s me that’s never wanted it, it just riles me. Everyone knows it’s not true.”

Khan, who in 2011 held two world titles at light-welterweight, believes Brook has built his name off Khan’s reputation, despite being a world champion himself at welterweight.

“As time’s gone on, he’s lived off my name all his career,” Khan said. “It gets me a little bit angry. Why is he always calling me out, even in times [when] I was fighting someone else? But he made the fight happen.”

He added: “I knew one day it would happen. I would never leave the sport without it happening.”