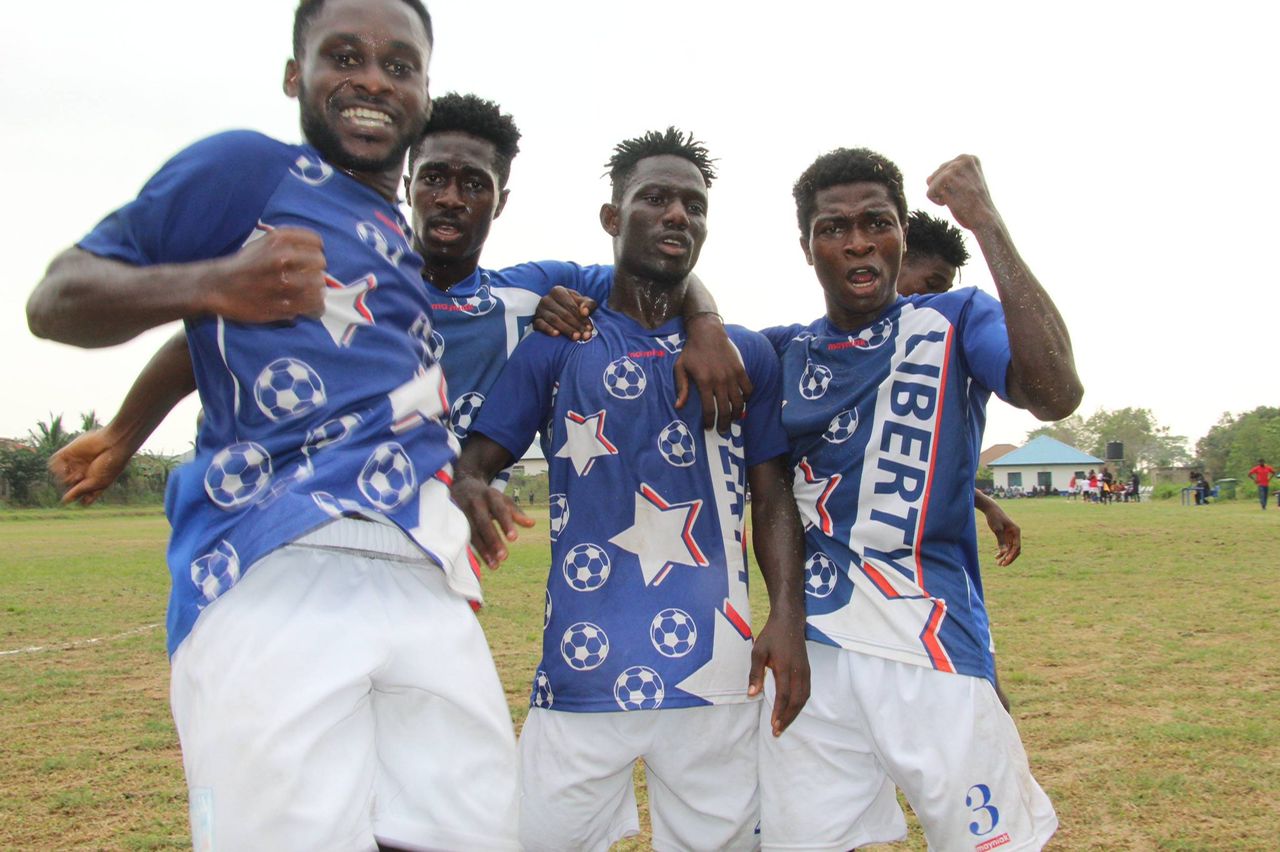 Liberty Professionals continued their resurgence in the Division One League with a 2-0 win against Accra Young Wise on Match Day 14 of the second tier competition at the Blue Sky Park at Doboro on Sunday. The Scientific Soccer lads have been brilliant in recent matches having recovered from a slow start to the season that travelled four matches without a win.

The Dansoman based club have recorded 7 wins, 2 defeats and 5 draws in the process – picking 26 points and moving to the third spot in the Zone Three standings.

Liberty Professionals scored in either half through Godfred Atuahene and Jabir Ibrahim on Sunday. Atuahene opened the scoring in the 43rd minute before Jabir added the match winner in the 73rd minute to take his tally to 9 goals after 14 matches.

The win takes the former Premier League side to three points off the top spot after trimming the gap to leaders Tema Youth who beat Nania FC 2-0 at the Tema Park on Sunday.

Elsewhere in the Habour City of Tema – Tema Youth defeated Nania FC 2-0 to stay at the top spot with 29 points.

Reginald Lartey scored yet again in the first half as Evans Osei Wusu netted the second goal in the second half to win the day for Tema Youth who are two points richer than second placed Akyem Oda Kotoku Royals who have amassed 27 points after 14 League matches.

On Monday, Vision FC shocked Akatsi All Stars 2-1 at the WAFA Park at Sogakope to improve their place in the standings.

Gideon Ofei broke the deadlock in the 48th minute after tapping in Johnson Osei’s delicious cross. The provider later became the scorer in the 56th minute – as he smashed home an absolute beauty to give Vision FC a 2-0 advantage – before the home side pulled one back in the 81st minute through Jonathan Nemorden.

Vision FC held on to win 2-1 to move to the 8th spot with 22 points with a game to end the first round of the season.