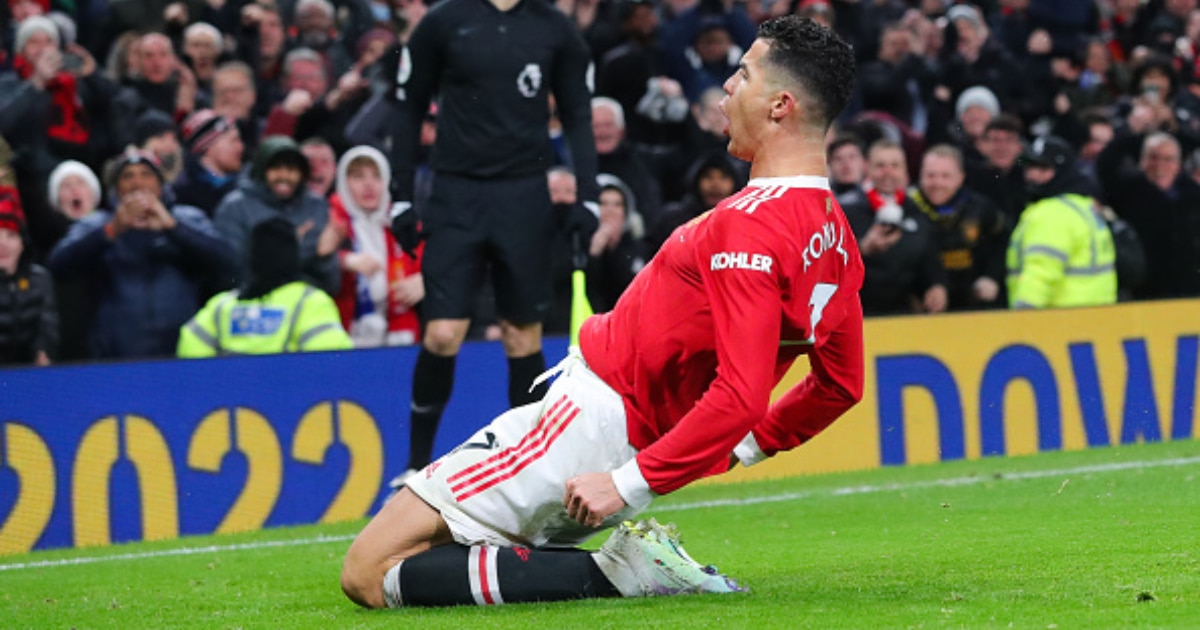 This time, Manchester United held on to its lead.

Cristiano Ronaldo ended his six-game goal drought by lashing in a 51st-minute goal to set United on its way to a 2-0 win over Brighton that moved the team into fourth place in the Premier League on Tuesday.

Bruno Fernandes added a second goal in the seventh minute of stoppage time, with virtually the last kick of the game, following a rapid break as Brighton committed men forward.

United had failed to win any of its last three games despite taking the lead each time — twice in the league, against Burnley and Southampton, and in getting eliminated from the FA Cup by second-tier Middlesbrough.

“First half was Mr. Hyde, second half Dr. Jekyll,” United manager Ralf Rangnick said, “and for a change it (the result) was different.”

Helping United’s cause against Brighton at Old Trafford was visiting defender Lewis Dunk getting sent off three minutes after Ronaldo’s goal for a professional foul, bringing down Anthony Elanga as the winger was through on goal. Dunk was initially shown a yellow card but it turned to a red after a video review.

United moved above West Ham and into the Champions League qualification positions, four points behind third-place Chelsea but having played one game more.

Ronaldo had been on his worst scoring run in 13 years at club level but ended that by cutting inside, after teammate Scott McTominay dispossessed Yves Bissouma, and powering a curling shot into the far corner from outside the area.

The Portugal forward headed wide from Fernandes’ cross later in the half, kicking the post in frustration, but his display was praised by Rangnick.

“Very important not only that he scored but it was an outstanding goal,” Rangnick said. “It was important for all of us, but his overall performance was one of the best since I arrived here.”