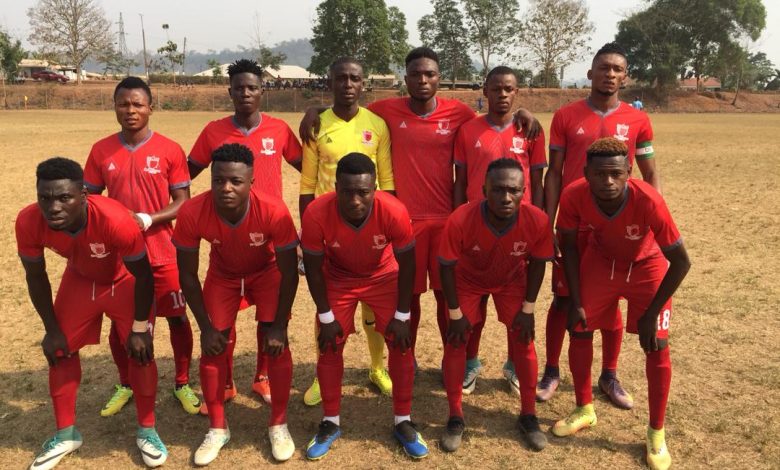 Samartex FC have opened a six point gap at the top of the Zone Two League table following a 1-0 win against Future Stars on Match Day 14 of the Division One League on Sunday.

The League leaders scored the only goal of the match through Prince Antwi in the 5th minute as they registered their 10th win of the campaign. With only one match to end the first round of the season – Samartex lead the table with 33 points – six points richer than Nzema Kotoko and New Edubiase who share the second and third spots with the same number of points (27).

In Ajumako, Isaac Mintah scored in the second half as New Edubiase United pip Soccer Intellectuals 1-0 to move joint second in the League with Nzema Kotoko. The lanky attacker scored within 5 minutes after the break as he broke down the left flank before smashing home from close range as the visitors walked away with all the spoils – winning their 8th match of the season.

In Daboase Cape Coast Mysterious Dwarfs were beaten 1-0 by Skyy FC at St. Martins Park. Baba Hamadu Musah scored from the spot in the 25th minute give Skyy FC the maximum points as they moved to the 5th spot with 22 points – four points behind 4th placed Ebusua Dwarfs and 11 points off leaders Samartex 1996.

Find the full results below: