Cristiano Ronaldo finally ended his worst goal drought in over a decade: Breaking down his barren run 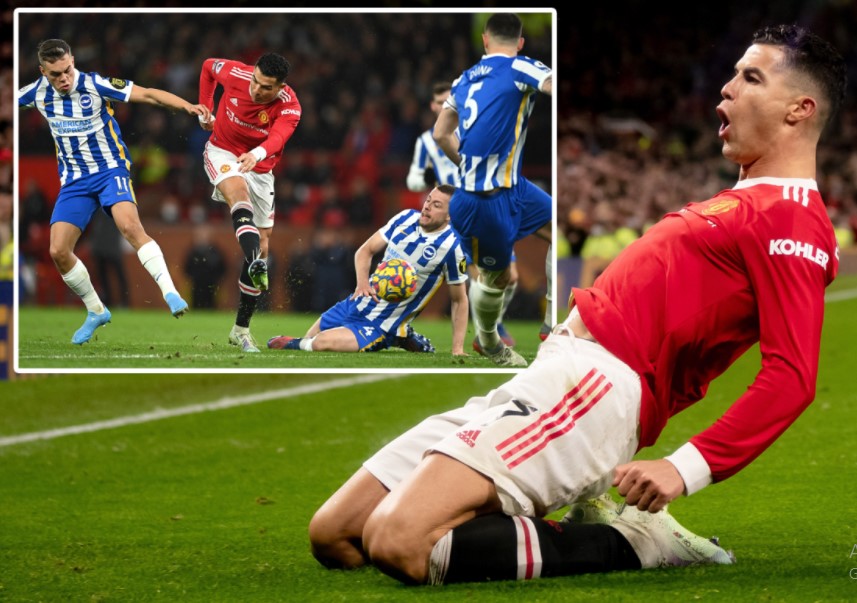 Failing to score within the first 10 minutes of a match is not usually a disaster for any striker, even one of Cristiano Ronaldo’s calibre, but in doing so at the start of Tuesday’s Premier League clash with Brighton & Hove Albion the Manchester United forward passed an unwanted personal milestone.

Going into the Brighton game, Ronaldo had not scored a goal in his previous 537 minutes of play (excluding stoppage time), one of the longest goal droughts of his club career since he ended his first spell at United in 2009 to join Real Madrid in a then-world record transfer for £80 million as one of the game’s elite forwards and holder of the Ballon d’Or.

The longest the Portugal captain had previously gone without scoring a club goal since that move to the Bernabeu was his 546-minute barren streak between May and September 2010. But Ronaldo surpassed that total after Brighton kept him at bay on Tuesday until the 51st minute. The 37-year-old’s strike from the edge of the box ultimately helped his team to a much-needed 2-0 win and boosted their hopes of finishing in the top four, but it also marked the end of his goal drought at 587 minutes (per ESPN’s Stats & Information), his longest in more than 11½ years.

What’s more, it took Ronaldo until his seventh appearance of 2022 before scoring his first goal of the year — the most games he has gone without scoring at the start of a calendar year since 2003, when as a teenager he took 23 appearances across the end of his time at Sporting CP and his first eight games for United before getting off the mark. Ronaldo then went five games before scoring his first goal in each of the next three calendar years, but never has he started a year so poorly since he evolved from a wily winger into a supremely prolific forward who has scored more than 800 senior goals for club and country and is the all-time top scorer in men’s internationals and the Champions League.

Ronaldo’s goal drought as a whole

Ronaldo was unable to have an attempt on goal within the first 10 minutes of the game against Brighton, thereby ensuring his drought was the longest since 2010.

However, after firing a free kick into the wall from a promising position near the end of the first half, he found his range soon after the break when his right-footed strike from right on the edge of the area beat Seagulls goalkeeper Robert Sanchez.

Ronaldo had three more chances to double United’s lead after that, including two close-range headers, but in the end it was Bruno Fernandes who put the gloss on the result with his late goal.

With international games also taken into account, Ronaldo most recently endured a five-game goal drought between June and September 2018, when he drew blanks in the last two of Portugal’s four matches at the 2018 World Cup and then did not score until his first game of the 2018-19 season at Juventus.

But you have to go back over a decade to find the last time Ronaldo went five full club games without a goal. That barren run began after he scored his 22nd-minute penalty against Athletic Club in Madrid’s penultimate game of the 2009-10 season. He then failed to score in that season’s final game against Malaga or in any of his first four outings in 2010-11 — against Real Mallorca, Osasuna and Real Sociedad in the league and Ajax in Real’s Champions League group-stage opener. He did score at the World Cup for Portugal in the intervening period, but even in South Africa his only goal in four matches came in a 7-0 thrashing of North Korea.

He eventually broke the streak in a 3-0 victory over Espanyol in LaLiga on Sept. 21 by scoring the opening goal, again from the penalty spot. Even then, the tension was ratcheted up as Ronaldo fired past goalkeeper Carlos Kameni but the referee ordered the kick to be retaken. Ronaldo’s relief as he celebrated scoring at the second time of asking was there for all to see.

Ronaldo went on to finish the 2010-11 season with 53 goals in 54 games for Los Blancos in all competitions, and he has never looked back: winning 15 trophies including four Champions Leagues and LaLiga twice, as well as claiming the Ballon d’Or four times before returning to Old Trafford last year.