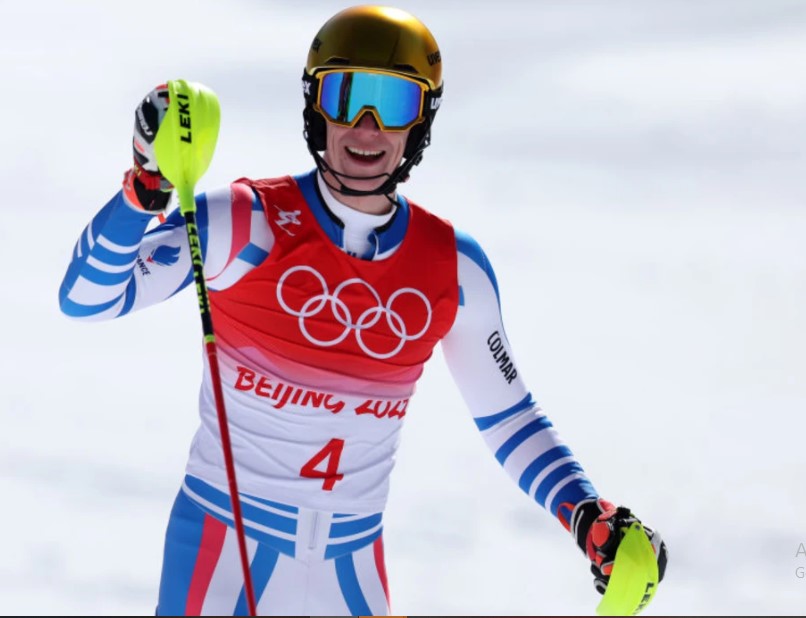 France’s Clement Noel has been crowned the Beijing 2022 men’s Alpine skiing slalom champion after a spectacular final run that saw him leapfrog the top five skiers to take his place at the top of the podium.

The 24-year-old Noel, who missed out on a medal at PyeongChang 2018 by just four-hundredths of a second, set a combined time of 1:44.09 to beat Austria’s Johannes Strolz (silver) and Norway’s Sebastian Foss-Solevaag (bronze).

In an interview with Olympics.com prior to the Games, Noel spoke about the unpredictability of the Olympic slalom competition, which has featured 19 different winners each of the 19 times it has been featured at the Games.

“There will be many contenders and surprises as always at the Games,” he said. “The fastest one will take it all.”

On a winding, technical course at the Yanqing National Alpine Skiing Centre, Noel himself was the “fastest one”, navigating the gates with speed and skill to win the Olympic title by a full 0.61 seconds.

Coming into the final run, Noel found himself in sixth position and out of immediate contention for the medals. However, on the final run – with no less than Olympic medals on the line – the French skier found a devastating burst of speed to win a memorable Olympic gold medal.

In an enjoyable day for France, Noel won the nation’s first Alpine skiing gold since Antoine Dénériaz’s downhill triumph at Turin 2006 and first in the slalom event since Salt Lake City 2002, when Jean-Pierre Vidal won gold.

An elated Noel, spoke after the competition about his Olympic triumph, emphasising the unique nature of a race that condenses years of work into one all-important race of under two minutes.

“That was one of the most important races in my career. It’s not often that you are able to win a medal in the Olympic Games. It’s one shot – one minute and 40 seconds every four years.

“I knew that I was in shape. My races in January were not good but training here was really good, I was fast.

“This is the best I can do. I have no words to describe it. Olympic champion!”

Strolz was equally pleased with his silver medal performance, saying: “Now the silver medal, it’s totally crazy. I am so happy with it, especially with this slalom season, so many guys are skiing fast right now in slalom.

“To share the podium with Clement (Noel) and Sebastian (Foss-Solevaag) is amazing.