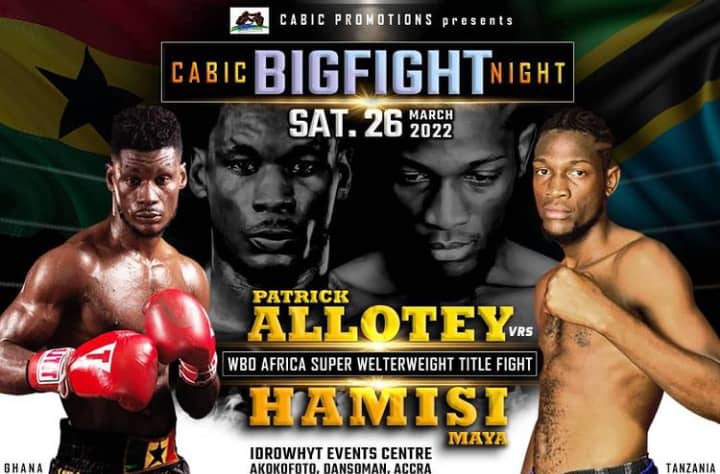 In an interesting turn of events, promoters of postponed WBO Africa super welterweight title fight between Kenya’s Rayton Okwiri and Ghana’s Patrick Allotey have side-stepped the Kenyan and opted for a relatively easy opponent in Tanzania’s Hamisi Maya (10-3-1) on March 26 in Accra.

Okwiri was to have fought the Ghanaian last year on December 26 but the fight was postponed at the last minute after Allotey sustained a shoulder injury.

Gideon Oyiadzo Jingles, the Project Manager and PRO of Cabic Promotions however assured Okwiri the fight would be rescheduled once Allotey recovered.

“We believe in Rayton vs Allotey clash at the earliest convenient time,” said Jingles.

A dejected Okwiri told Nenez Media Services he feels betrayed and that the latest development proves he was right when he said Allotey is scared of him by feigning an injury.

“It’s so unprofessional of them to pick on a weak boxer from Tanzania without informing me, l’m shocked,” said Okwiri.

“I will now officially inform Kenya Professional Boxing Commission to take up the issue on my behalf to demand that l’m compensated or we seek legal redress.”