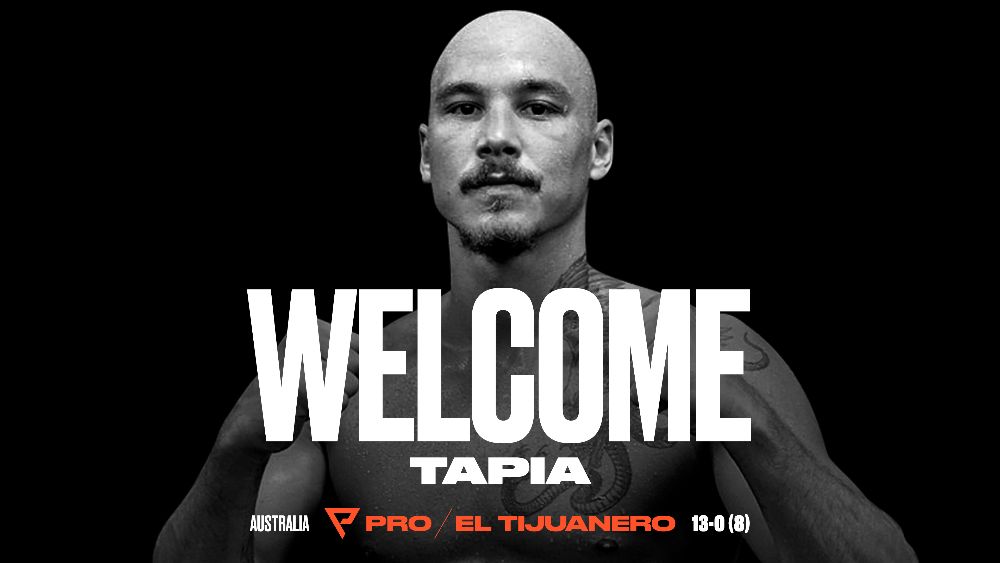 Unbeaten Tapia is ranked inside the top 15 with the World Boxing Association and claimed their Oceania title at 168lbs last year, when stopping former IBO champion Renold Quinlan.

The 23-year-old (13-0, 8 knockouts) was born in Mexico before moving to Australia at a young age and turned professional in 2016.

And Tapia is now part of a scintillating crop of fighters emerging from Down Under, including fellow Probellum talents Jack Bowen and Jason Mallia.

Having made an impressive debut against compatriot Bentley Shefford, when he secured victory via a first-round knockout, Tapia has gone on to establish himself as one of boxing’s rising stars at super-middle.

As part of his flawless record, he has claimed some notable scalps including that of Steve Collins Jr, son of the legendary Irish fighter, when delivering a stunning first-round knockout in Dubai in 2020.

Tapia’s most recent victory, over Quinlan was his most impressive to date, after a clubbing right hand sent his experienced opponent crashing to the canvas.

Quinlan beat the referee’s count but was soon overwhelmed by another attack from ‘El Tijuanero’ and the contest was soon waved off.

“I’m honoured to be joining such an incredible promotional company,” said Tapia. “I feel my future is in safe hands with Probellum, and I’m super stoked to get back inside the ropes internationally. It’s time to tell the world that Mateo Tapia is coming!”

“Mateo Tapia is an absolutely brilliant signing for us,” added Richard Schaefer, President of Probellum.

“He continues to show his qualities on a consistent basis and fight fans around the world who have seen him compete will be aware we have a fantastic prospect on our hands.

“The fact he is unbeaten in 13 fights since turning professional speaks volumes, and our focus now is on ensuring we help him to grow and improve in order to fulfil his unquestionable talent.”

Mike Altamura, Probellum Head of Talent Development and Tapia’s manager added, “Mateo is an outstanding talent whom I’ve followed for a long time.

“I strongly believe he has all the capabilities to become a serious player in the super middleweight division and with the backing of Probellum, I’m looking forward to experiencing his future success.”