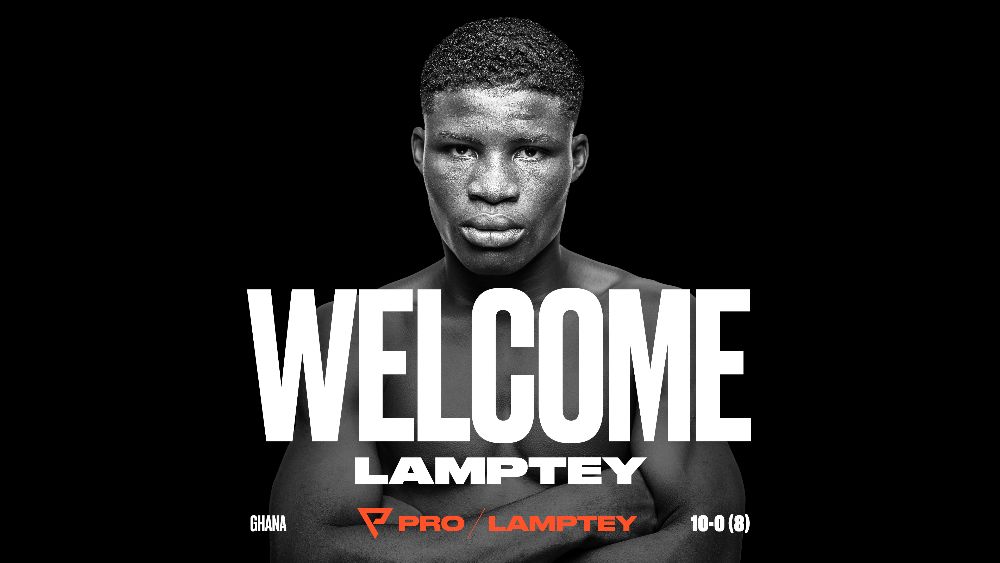 Probellum is delighted to announce the signing of Ghanaian super-featherweight champion Alfred Lamptey.

One of African boxing’s rising stars, Lamptey (10-0, 8 knockouts) is yet to experience defeat in the professional ranks since making his debut in 2019.

Lamptey hails from the Bukom community in Accra, an area of the capital city which produced the greatest African fighter ever seen – former two-weight world champion Azumah Nelson.

And Lamptey, known as the ‘Bukom Bomber’, now hopes to follow in the footsteps of Nelson and other Bukom alumni including legendary fighters such as Ike Quartey and David Kotei.

Lamptey is the first fighter from Ghana that Probellum have signed, since launching in September last year, but the organisation’s global plans had already seen a co-promotional deal signed with Box Office Sports in the country.

“I’m over the moon to sign for Probellum at what I believe is a very important time in my career,” said Lamptey.

“Probellum has already signed a number of talented, up-and-coming fighters, and I feel they will be able to guide me as I try to achieve my ambition of becoming a world champion.

“I have already won many African titles, but my dream is to make my mark on the world stage, and I’m confident that signing for Probellum will allow me to do that.”

“Alfred Lamptey is a massive talent and we are obviously very pleased he has chosen to sign with us,” added Richard Schaefer, President of Probellum.

“Probellum is extremely passionate about providing opportunities for the stars of tomorrow, which quickly becomes apparent when looking at some of the signings we have made.

“Alfred undoubtedly fits that category. He is undefeated in the professional ranks so far and there is no doubt he will go on to have a big future in boxing.”