Natasha Jonas: I promised my daughter I'd win the title 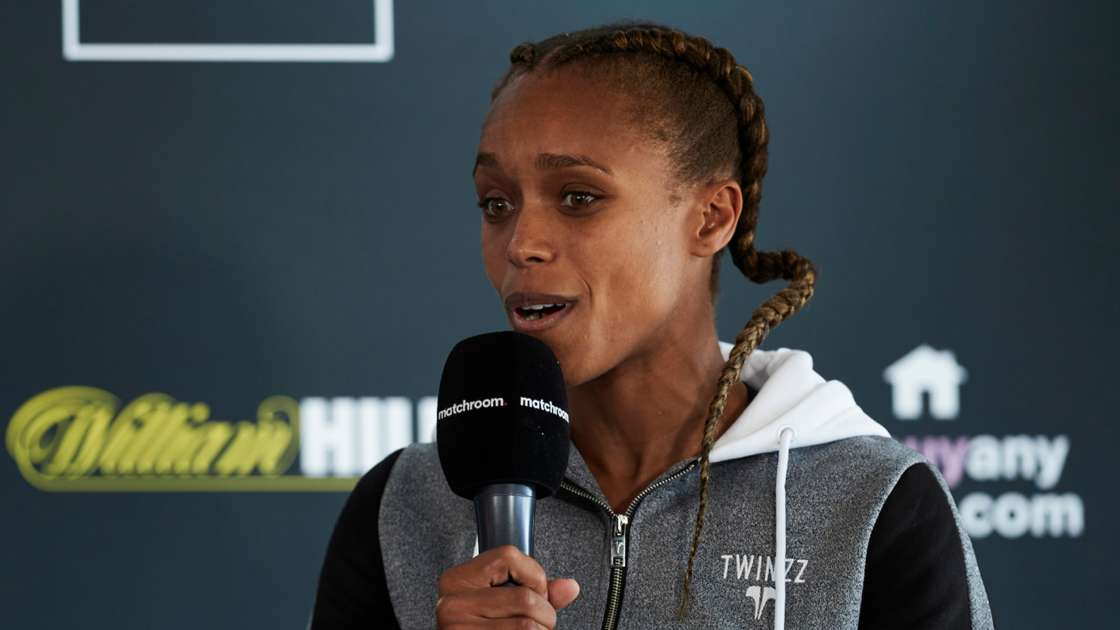 The WBO super-welterweight title is up for grabs on Saturday.

Natasha Jonas promised her daughter that she would win the WBO world championship on Saturday night.

As part of the Amir Khan vs. Kell Brook card, Jonas has her third tilt at a title as the WBO super-welterweight strap, currently vacated, will be decided when she faces Christina Namus in Manchester.

“I promised my little girl that I would bring the belt home,” Jonas told Sky Sports.

“I have done everything,” she said ahead of her third try.

“I have put my body through hell mentally, physically and emotionally. I will be ready on Saturday night.

“I’ve said it before and people don’t believe me – but when it comes to the big fight on the big night, I perform.

“I will do that again on Saturday.”

Jonas has moved up three classes to make the weight for super-welterweight, and she said: “The mental torture normally is to make weight.

“Now, I can concentrate on my fight.

“Jumping the weight division proves how dedicated I am to be a champion.

“It’s not just a pipe-dream. I have worked so hard, for so long, and I deserve it.”