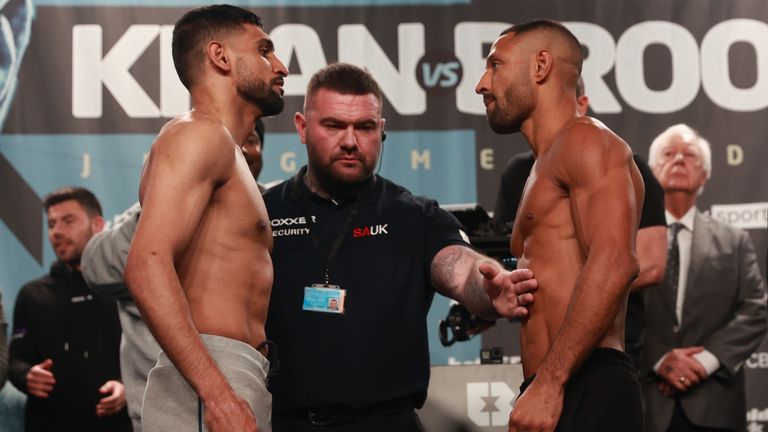 Khan weighed in at 10 stone 7 pounds for the fight with Brook marginally heavier at 10 stone 8 pounds with a catch-weight limit in place of 10 stone 9 pounds (149lbs), two pounds above welterweight level.

After the weigh in Brook said: “The weight wasn’t an issue – this is a fight I could get up for easily so I’ve been on it for a long (time).”

“I fell amazing – I’ve done all the hard work, now it’s about fuelling up and coming in cool, calm and collected. – I’ve got a job to do. I’ve got to go out there and be me.”

Khan did not speak to the cameras after the weigh-in after yesterday’s fiery press conference resulted in both fighters being warned for their comments.

Both fighters were warned for their use of offensive language in a fiery press conference on Thursday which saw Sky Sports issue an apology to viewers.

The two long-term rivals will finally bring their rivalry to a head at Manchester’s AO Arena on Saturday, 19th February in front of a sold-out crowd.