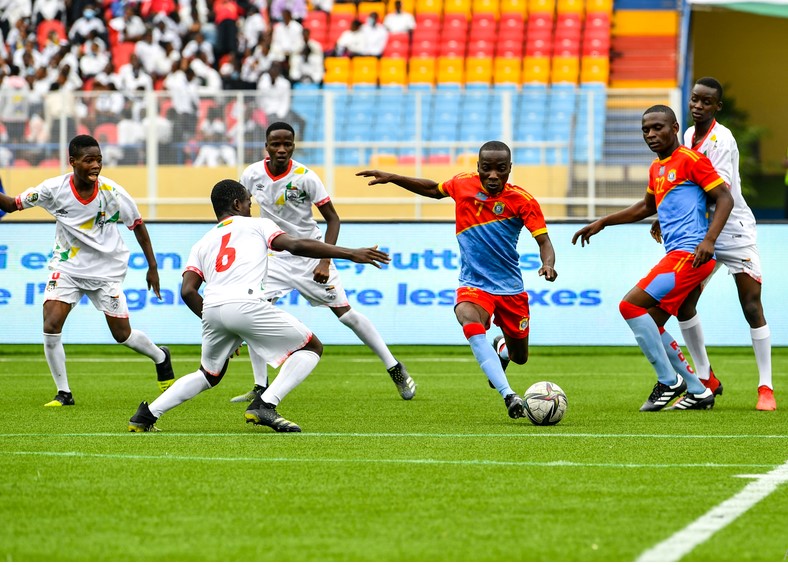 The inaugural Africa Schools Champions Cup has kicked off in style in Kinshasa with the joy of football being celebrated by participating teams representing six African member associations and an estimated crowd of 12,000 schoolchildren at the historic Stade des Martyrs.

The festival atmosphere reached a crescendo towards the end of the morning session of matches in the group stage, when Congo DR sent the bustling gathering of youngsters wild by coming from behind to defeat Benin 4-1 in the boys’ competition.

“First, I want to thank my team-mates,” said Congo DR youngster Chance Kasindi. “The game went well despite losing the first half, but we put in the effort and went on to win the second. It [the tournament] is a great opportunity for us. I’ve been aiming to play this type of competition for a while and we are going to do our best.”

Meanwhile, Radia Laghni was able to shine for the Moroccan girls’ team and was beaming at the experience of representing her country. “Our team played well against such a strong team in Congo DR,” she said in celebration after a resounding group stage win. “I’m very happy with this game today.”

The opening day of competition featured an energetic opening ceremony, kicked off by a performance of drummers and including speeches from FIFA Secretary General, Fatma Samoura, and Minister of Sports of the Democratic Republic of Congo, Serge Nkondé. The Under-16 sides were able to spend time together around the pitch throughout the day, breaking down cultural barriers and making new friendships.

“I’m feeling happy because it’s my first time experiencing playing against other countries,” added South Africa boys’ captain Goitseone Legobye. “We really fought and even though our result was poor, we enjoyed the game. I hope we will come back with a stronger team in the next tournament that comes up.”