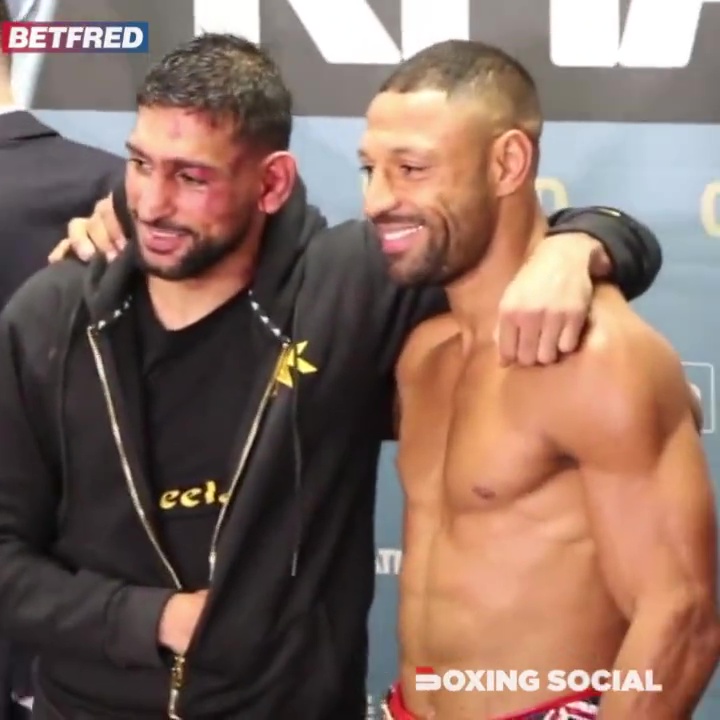 Kell Brook has said “the respect is there” while Amir Khan admitted “the better man won” their bitter grudge match.

Brook dispatched Khan inside six painful rounds on Saturday in Manchester to draw a close to a rivalry that began in 2004.

They finally embraced in a mutual show of respect afterwards before sitting side-by-side in a press conference where they confessed their admiration for each other.

“I’ve always wanted to have the fight with Amir,” Brook said. “I think after this grudge match, this is the icing on the cake for me.

“I can live at peace with myself, with my career now.

“He took some great shots in there. The respect is there – that’s all I’ve ever wanted.

“He’s had a fantastic career. You don’t want to be involved in these fights late in his career. He’s going to have to sit down like I do and see if he wants to carry on.

Khan said: “No excuses – the better man won. He boxed out of his skin. I never expected that from him. He put on a great performance today. So no disrespect.

“We have rivalries but sometimes after a punch-up you can be friends.

“Even though Kell and I have never seen eye to eye. I’m not a bad person, I’m a family man.

“There were words were thrown back and forth, nothing personal.”

The victorious Brook added: “I’ll be remembered for this fight. It’s my 43rd fight, nobody will remember the 42 fights, they’ll remember the fight against Amir Khan. I’m so happy that I put that work in and got the victory.

“I’m just happy that the chapter is closed now on Amir Khan.

“It’s been a long time coming this fight for me. I’m so happy that I finally won’t get pestered by people saying ‘when are you going to fight Khan.’

“I’ve always known that it was going to happen. I’ve just been frustrated that this fight didn’t’ happen sooner, but like the teacher said it’s better late than never.”