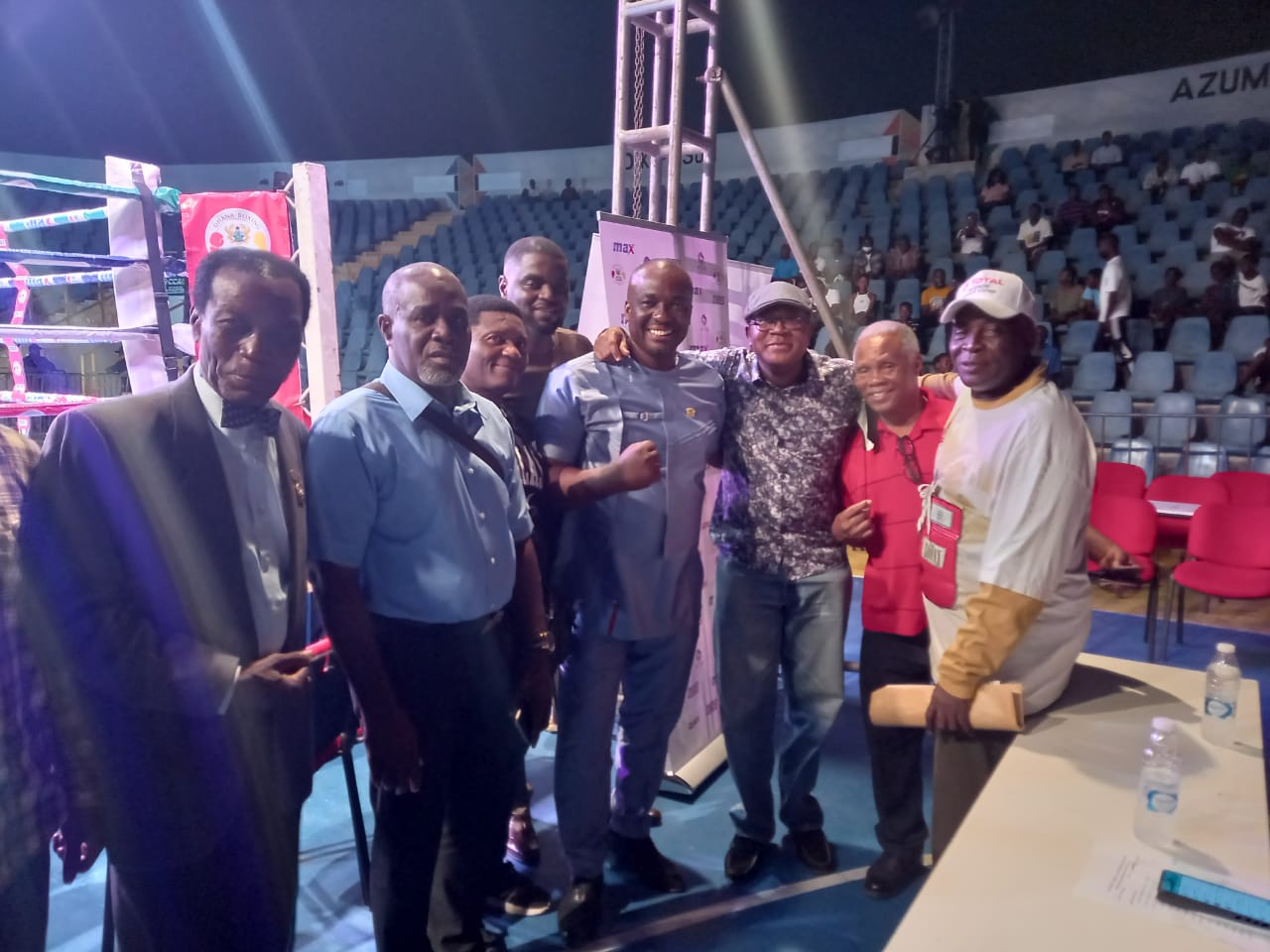 One for the album: Immediate past GBA President, Peter Zwennes with current executives

Enthusiastic boxing fans who thronged the Bukom Boxing Arena for the opening night of the Ghana Professional Boxing League (GPBL), were hugely thrilled – not only for the bouts of spectacular boxing exhibited  on the night, but for the camaraderie among the boxing big shots.

There was a seeming whiff of tension between current President of the Ghana Boxing Authority (GBA), Mr Abraham Kotei Neequaye and his predecessor   Lawyer Peter Zwennes and some of the nation’s finest boxing promoters over the supposed leadership style of the former.

But whatever tension and acrimony that existed, was on Saturday night smothered off to the glee of the boxing fraternity – some of whom clapped almost endlessly at the maturity demonstrated by the big wigs of the pugilistic sport.

“The GBA is operating a very transparent system and we’re all too-ready to have frank discussions on the best way forward as far as the future of Ghana boxing is concerned,” GBA Communications Director, Mohammed Amin Lamptey told the Times Sports yesterday.

Meanwhile, as part of efforts to solidify relationship between the GBA and its stakeholders, the GBA at the weekend had a round-table meeting with some registered boxing promoters in good standing, at the Bukom Boxing Arena.

The GBA President, who chaired the meeting, was grateful to the promoters who responded to GBA’s 11th-hour invitation “to critically analyse some of the important issues concerning boxing promotions and the increment of fees for acquiring or renewing of licenses.”

Mr Kotei Nequaye was delighted for the opportunity to explain to promoters the need to increase fees for the acquisition and renewal of licence, lauding them for the “hardwork and incalculable contributions they have exhibited over the years to the forward march of boxing in Ghana.”

According to him, the increment was underpinned by Article 10(iii) of the GBA drafted constitution which stated that: licenses shall be renewed annually upon payment of a renewal fee to be determined by the Executive Board.

The GBA President indicated to the promoters that the current GBA administration was saddled with huge responsibilities at the Secretariat as regards payments of bills, stationery, meetings, welfare support for current needy boxers, financial support for old boxers, funeral contribution for members of boxing fraternity and many other things.

”I need your support in various ways to help my administration to succeed in shaping up our boxers and all stakeholders in our vision to achieve high standard in boxing,” Mr Neequaye stressed.