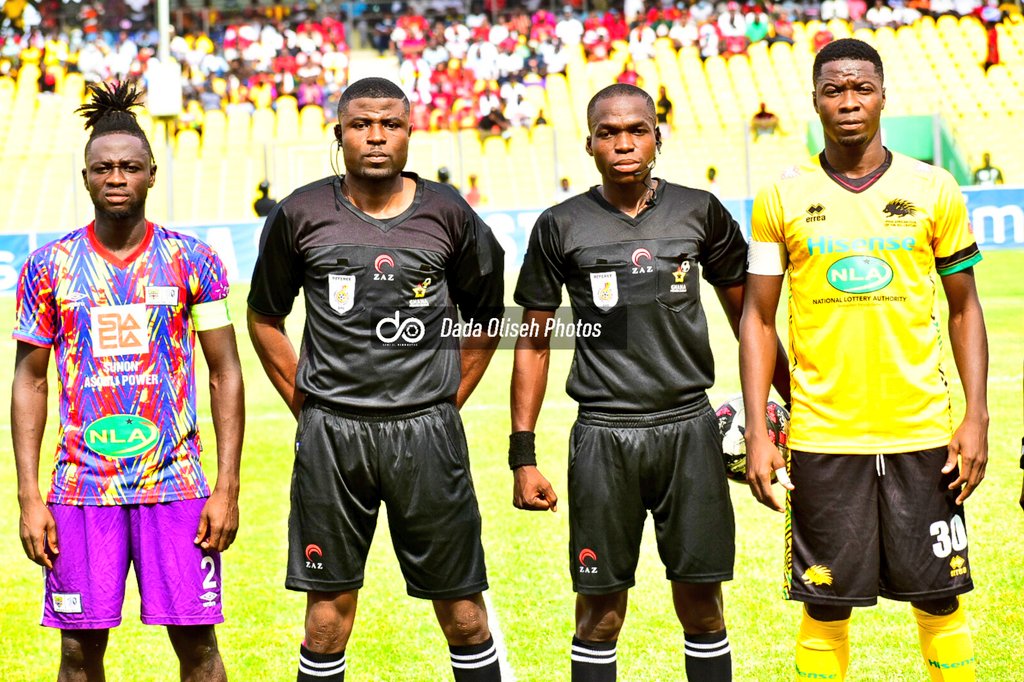 A Super Clash by God’s grace

It was a Super Clash by God’s because no real thinking went into the entire planning or organisation of the game.

It’s not hard to tell why the post-match interviews by Coaches Prosper Ogum and Samuel Boadu of Asante Kotoko and Hearts of Oak respectively, have dominated social media conversations after Sunday’s Super Clash at the Accra Sports Stadium.

I can’t take away any one’s right to an opinion and even to cherry-pick, but if heat, not light, is what grabs our attention, highlighting so-called trash-talk and further have fans and journalists trade insults on social media, then it’s clear what really matters to us.

And that’s who we’re. Never seeking to improve or build on anything as a society. Rather, always choosing to dwell on less important things that only leave us nowhere. It’s why I’ve called Sunday’s game a Super Clash by God’s grace. It was a Super Clash by God’s because no real thinking went into the planning of the game.

Two significant things, before fans take their seats at the stadium or before a ball is kicked by the teams, were poorly handled: ticketing and security. I didn’t expect much but from ticketing to manning of the gates – notably the designated media entrance, everything was left to God’s abiding grace. These issues should matter more to us.

I expect the media to flag these issues and be concerned about how accreditation was handled for instance. After all, if Boadu disrespected Ogum, we must accept that he probably didn’t take kindly to Ogum’s claim that Hearts of Oak were at their because of the opponent. It’s a non-issue. More serious issues must engage our attention.

God’s grace is ever-present yet ticketing and security at our biggest league game can’t be left to chance. We must think, plan and ensure order. How we’ve had the Super Clash for more than 60 years and still can’t handle tickets and security matters without stress, amplifies leadership’s carelessness and the bogus systems they put in place.

Until Friday evening, a 25-percent-capacity seating had been agreed on by stakeholders because of Covid-19 restrictions. That changed to full-capacity admission per the National Sports Authority (NSA) very late notice. How the NSA expected tickets to be printed was baffling. Their late call meanwhile killed senseless hikes in ticket prices – exposing greedy, hungry folks who had hoarded tickets to sell to desperate fans.

Stakeholders, notably the Ghana Football Association (GFA), the Ministry of Youth and Sports; and the NSA must be concerned that Sunday’s Super Clash thrived on no real planning. It’s good nothing ugly happened but there were chaos at the media gate. Security was left to chance.

Fatigue-looking military, police and private security men seemed clueless as duly accredited journalists stayed in queues for no apparent reason. Others were even whipped with canes. I reported at midday but I was pointlessly stuck at one place – less than 50 metres from the entrance – for nearly two hours without explanation.

How is it difficult to usher accredited media personnel at a big game into a stadium? How hard is it to print tickets and sell to fans without drama? How do others do quite well in organising big events with little or no stress that we can’t copy? The Super Clash is one football event that has seen 127 people die at a go; sadly, we’ve learnt no lesson.

Ticketing, security still leave much to be desired. We’ve got to sit, think, and plan this game. People tasked to handle everything on the game must be seen to be working. We’ve thrived at the Super Clash due to God’s grace. Sunday’s edition was no exception. In the match itself, it was an act of grace that, the post denied Hearts of Oak a goal.

Asante Kotoko, in my view, weren’t so hungry to win. We weren’t.