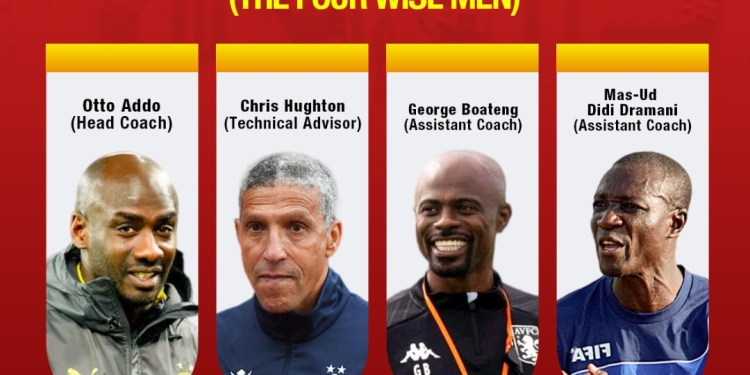 The Ghana Football Association (GFA), announced three weeks ago it has appointed Otto Addo, Mas-Ud Didi Dramani, George Boateng to manage the Black Stars for the World Cup playoff against Nigeria next month.

Former Brighton boss Chris Hughton was also appointed technical advisor to the team which was subject to approval from the government.

However, after weeks of the announcement, the GFA is yet to officially communicate on the government’s position on the technical team.

Speaking in an interview on Wamputu Sports with Odiasempa Kwame Oware on Happy 98.9FM, Alhaji Grunsah has confirmed that the government has given approval for the new technical team to commence work, “According to the President Of the Ghana Football Association (GFA), Kurt Okraku the Ministry has approved the appointment”

The King Faisal president pleaded with Ghanaians to support the team ahead of the World Cup playoffs.

Ghana will host Nigeria at the Cape Coast Sports Stadium on March 25 in the first leg before traveling to Abuja for the second leg on March 29.