Jose Pedraza Camp Notes: "I Want to Give the Fans a War!" 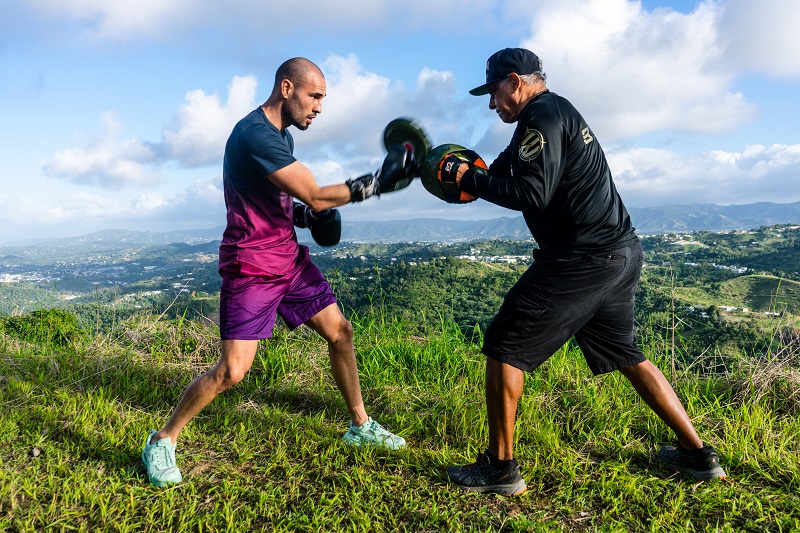 He can take a giant leap towards that goal when he battles former unified world champion Jose Ramirez in a 12-round junior welterweight main event Friday, March 4 at Save Mart Center in Fresno, California. The winner will be positioned to fight for a world title later this year.

The entire Ramirez-Pedraza card will stream live and exclusively on ESPN+.

This is what Pedraza had to say after a recent training session in Puerto Rico:

“Facing a Mexican warrior like Ramírez and being part of the historic rivalry between Mexico and Puerto Rico is something very important and a great responsibility. At the same time, it’s a great thrill to give the fans a legendary match that they will remember forever. I want to put up a great fight. I want to give the fans a war.”

“My goal since moving up to 140 pounds has been to win a world title to add myself to the select group of Puerto Rican champions in three weight divisions. I want to be in that group along with ‘Tito’, Cotto, Gomez, Camacho, and Vázquez, among others. I already feel that my body is acclimated to the division, and now I am ready to achieve my goal.”

“Representing Puerto Rico means a lot to me. Since the beginning of my boxing career, I have always felt the support of my Island, and that is why every single time I get in the ring, I have my people in my heart. I always feel the good wishes and good vibes of my people, and that is why I always dedicate my fights to my island.”