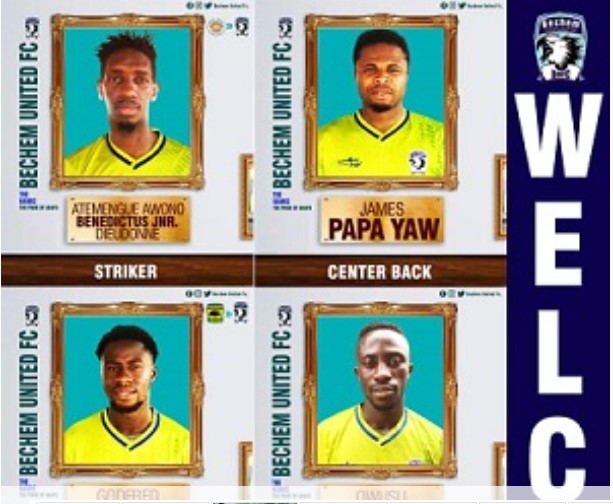 Ghana Premier League side, Bechem United have bolster their squad with six new players included a Camerounian striker to augment the team as they start the second round of the league on Sunday.

They become the second local club to acquire the services of Cameroun star this season after Asante Kotoko grabbed Franck Mbella Etouga and Georges Mfuege from Cameroun at the start of the season.

The six players consist of two strikers, two defenders, a midfielder and a winger to help the team win the league for the first time.

According to the club “this has been necessitated as management and the technical team seek to put the appropriate modules in place in the quest to achieve set goals for the season.