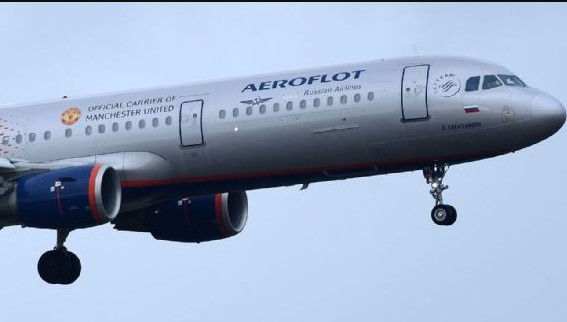 In a statement issued on Friday, United said they had “withdrawn the sponsorship rights” of Aeroflot, who have been the club’s official carrier since 2013.

On Thursday, the UK government banned Aeroflot from operating in the country as part of a series of sanctions in a response to Russia’s invasion of Ukraine.

Aeroflot is majority owned by the Russian Federation.

A United spokesperson said: “In light of events in Ukraine, we have withdrawn Aeroflot’s sponsorship rights.

“We share the concerns of our fans around the world and extend our sympathies to those affected.”

Aeroflot became one of United’s global partners in 2013 with the deal renewed in 2017. The agreement was set to run to 2023 with sources estimating it to be worth around £30 million.

The club have regularly used Aeroflot planes for travel but used a different carrier ahead of the 1-1 draw with Atletico Madrid in Spain on Wednesday.

“When I watch TV in the morning and the evening I still cannot believe what I see. This is just a terrible situation and I very much help the politicians all over the world deescalate the situation and what’s happening there.”

Meanwhile, UEFA have announced the 2022 Champions League final will take place in Paris, rather than previously scheduled hosts Saint Petersburg.