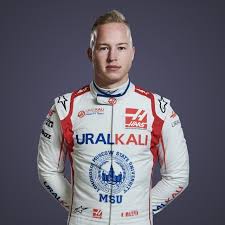 Haas driver Nikita Mazepin will be allowed to compete in F1 this season after the FIA confirmed Russian and Belarusian drivers can race under a neutral flag.

FIA president Mohammed bin Sulayem said in a statement on Tuesday: “The FIA is watching the developments in Ukraine with sadness and shock and I hope for a swift and peaceful resolution to the present situation.

“We condemn the Russian invasion of Ukraine and our thoughts are with all those suffering as a result of the events in Ukraine.”

In the statement, the FIA confirmed: “Russian/Belarusian drivers, individual competitors and officials to participate in international/zone competitions only in their neutral capacity and under the ‘FIA flag’, subject to specific commitment and adherence to the FIA’s principles of peace and political neutrality.”

The 22-year-old Mazepin posted a message on social media following the announcement, that read: “To my fans and followers – it’s a difficult time and I am not in control over a lot of what is being said and done.

“I’m choosing to focus on what I CAN control by working hard and doing my best for my HAAS. My deepest thanks for your understanding and support.”

Haas team principal Guenther Steiner says the team can survive without the sponsorship of Russian fertiliser company Uralkali and says the criticism of driver Nikita Mazepin has been unfair.

Haas, meanwhile, are still trying to resolve the issue of their Uralkali sponsorship. The American F1 team removed the branding of its title partner Uralkali for the final day of the pre-season test in Barcelona last week. The Russian fertiliser company is part-owned by oligarch Dmitry Mazepin, father of Nikita.

The FIA decision comes a day after the International Olympic Committee (IOC), of which the FIA is a member, recommended all sports ban Russian or Belarusian athletes from international events, while UEFA and FIFA suspended Russia from all club and national football fixtures.

The Ukraine Motorsport Federation had also demanded that the FIA ban Russian and Belarusian drivers from competing outside of their own countries.