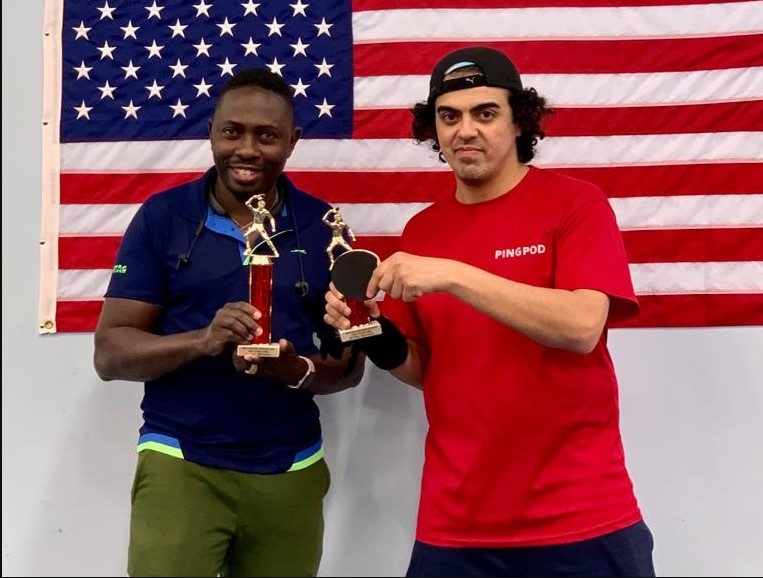 Ghanaian table tennis star, Courage Nanevie, continues to excel in the game in the United States (US) after he brushed aside strong competition to win the Mini Pedal Championship in Westchester last Sunday.

Even though the ping pong star was not new to winning monthly medals at the Westchester Table Tennis Centre where he was undergoing a coaching course, he said this victory was so significant in his career since it was his first major achievement since the outbreak of COVID 19.

An elated Nanevie told the Daily Graphic yesterday that he worked so hard for his latest victory and so it did not come to him as surprise despite coming against some of the finest players in the game, including Ali Ammar, whom he defeated in the final last Sunday.

Unearthing talents
The Ghanaian star said he was motivated and committed to his project of unearthing talents which he expected to continue when he returned to the country from his Westchester base.

According to Nanevie, he wanted to impart some of the skill he developed at the US on some talented players in Ghana through the Team Courage Championship which, he said, was his way of giving back to society.

He explained that in order for the country to secure the gains made in the sport, there was the need for early identification of the future talents to develop into world-class players who could fill the gap that would be created when the current generation faded out.

“It’s my dream to take table tennis to the next level and to repay back what I have received by using the Team Courage Championship to develop talents for the future generation by producing world-class players,” he said.

Sponsorship package
The armed forces player further noted that players who would be fortunate to be selected would be given a personal sponsorship package that would include balls, bat and other financial benefits while coaches from the player’s club would undergo some grooming to sharpen their skills.