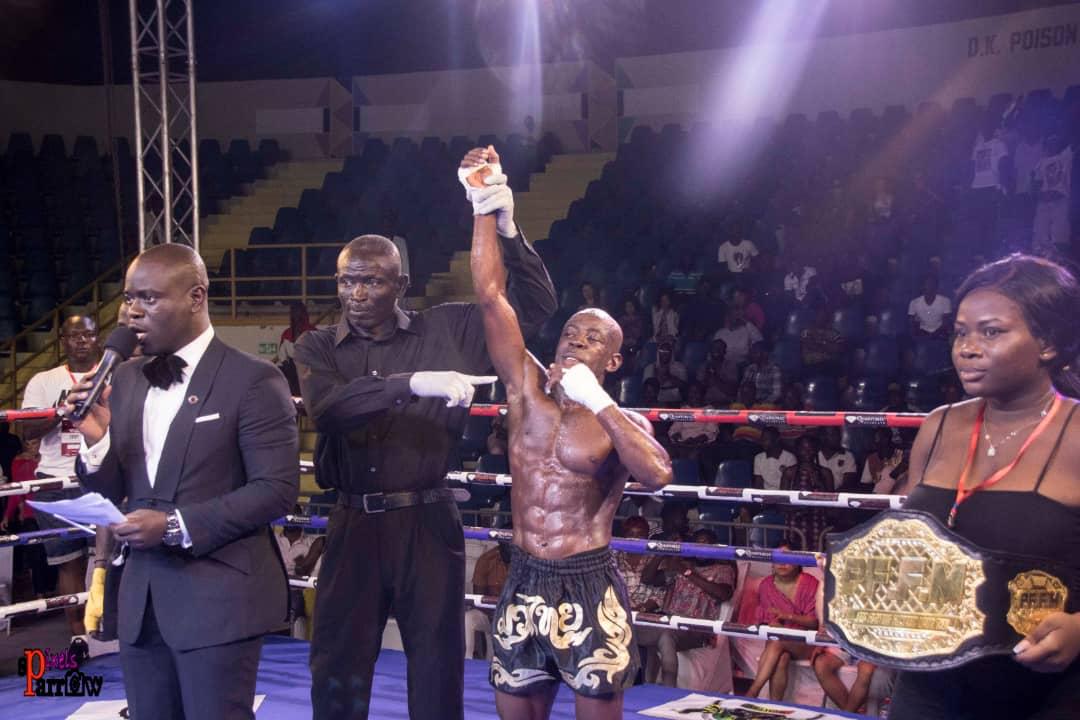 Former WKF lightweight champion, Stephen Bruce AKA Torado Bruce makes a return to the ring on March 25 when he takes on Aaron McGahey of the UK in a kickboxing lightweight fight in London, Sportsinghana.com can confirm.

Its an opportunity the experienced Ghanaian kickboxer is keen to take full advantage of, having only this week complained about the lack of competition in Ghana.

Torado Bruce (left) versus an opponent in a previous kickboxing bout

“I am very delighted to get this fight and I will train harder than ever because I am going there to win and put up a very good show in order to get more such opportunities,” Bruce told Sportsinghana.com from his training camp.

“As I said before, our authorities in charge of kickboxing in Ghana are doing little to help us the boxers in terms of competitions so this is a rare chance that I will grab with both hands to announce myself to the UK and the rest of the world,” he added full of poise.

Torado Bruce, also previously a silver medallist at the All Africa championship in Morocco in 2017, is expected to leave Accra to London for the bout in two weeks with his technical team, but as the countdown whittles down towards fight night, Bruce insists he is not resting until he holds aloft the belt on offer when he crashes McGahey before his own people on March 25.

“As you can see I’m training non-stop, trying all kind of weather conditions and fighting styles and I assure you I will be ready for whatever my opponent throws at me in the ring,” the Ghanaian kickboxer affirmed.

“All I can ask my fans and indeed all Ghanaians is to remember me in their prayers and I will definitely reward them with victory. This is the first step to many more successes but all my focus is on this fight until I win,” Torado Bruce concluded.