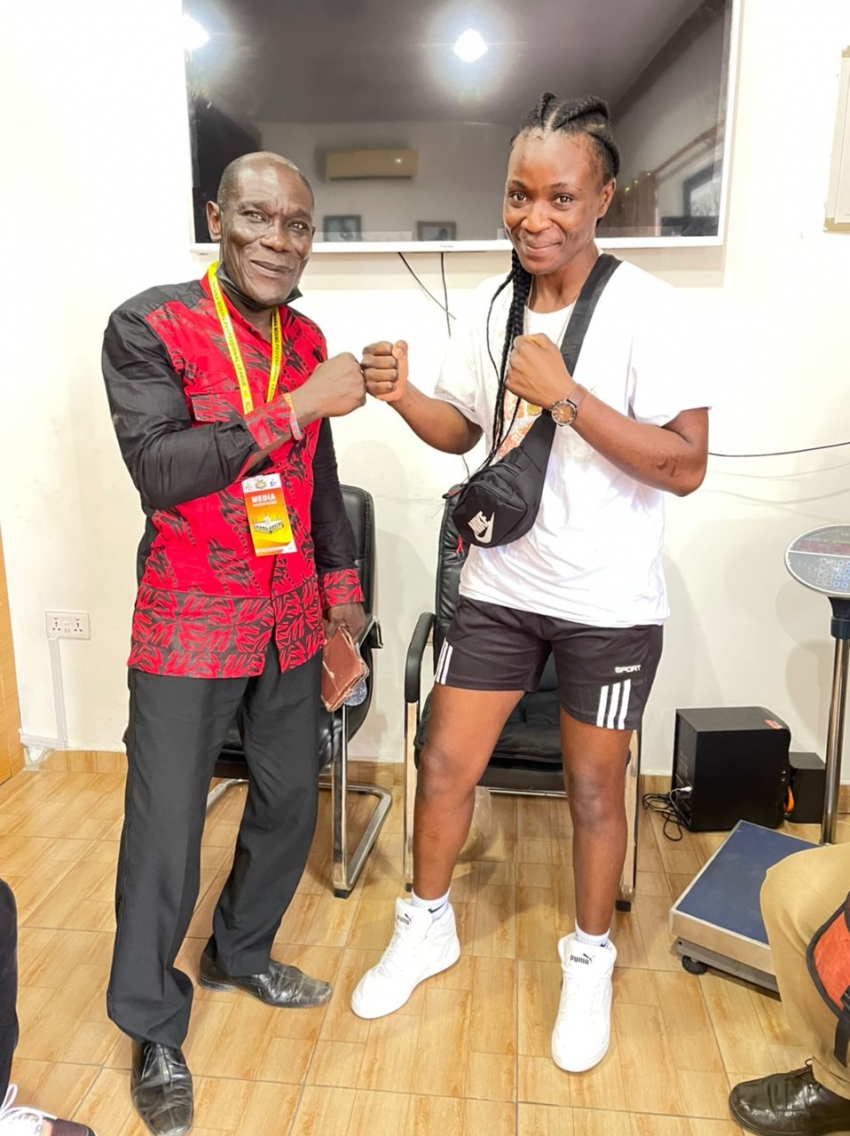 Female boxer from Zambia, Lolita Muzeya is in Ghana to face Yarkor Chavez in a Super Welterweight contest at the Bukom Boxing Arena on Sunday, March 6, 2022.

The Rumble to Freedom Bill by Box Office Promotions has been spiced with the international female contest to thrill spectators.

She said Lila Ali, daughter of the legendary Mohammed Ali and Azumah Nelson of Ghana are her idols.

Her most difficult bout was in the UK against Savanna Marshall.

Her manager and coach, Mr. Christopher Malunga told Yours Truly she is in in top form and will certainly go for a win.

She is an icon in Zambia, having held WBC INTERNATIONAL Championship Title.

Lolita intimated that Ghanaian boxing fans will be threated with marvelous boxing on Independence Day 2022.

Meanwhile, Yarkor Chavez Annan also called Naa Yaoley Atsiabroni 1 decided to put down her regalia to climb the ring again. Before she was enstooled, she promised to be back to encourage female boxers in Ghana.

Their bout is an undercard to the big fight between Robert Quaye and George Ashie.

CEO of Box Office, Mr. Alexander Ntiamoah-Boakye appealed to fans coming to the venue to comport themselves and show unity, peace and love.