Brimah, Oostende miss out on game tonight against Prometey in Champions League 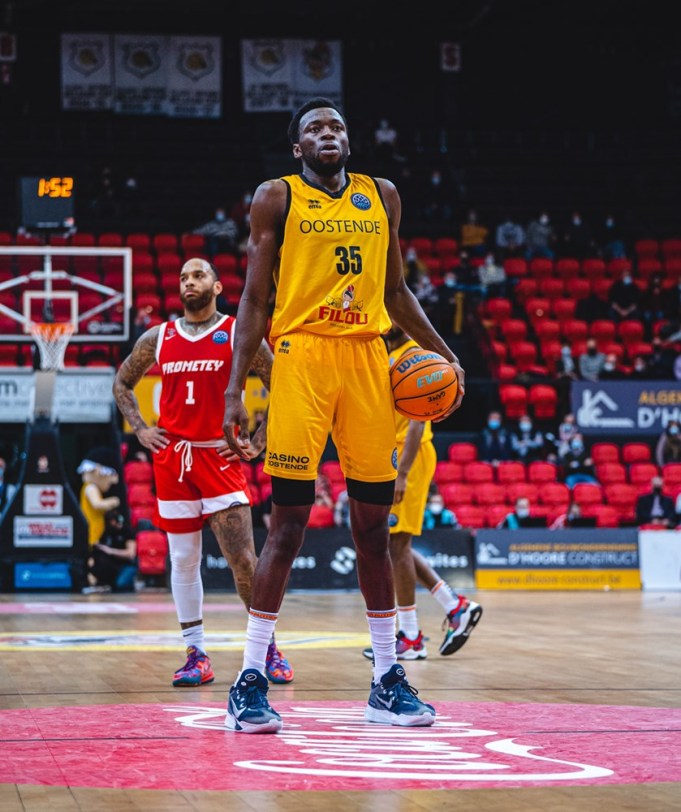 Tonight’s game was scheduled to have the best team in the Group (Prometey) against the worst performing team in the Round of 16-Oostende but has been cancelled.

Prometey has withdrawn from all competitions due to Russia’s invasion of Ukraine over the past week hence the cancellation of the fourth game at this stage of the continental tournament. Ukrainian teams competing in other sports have taken similar actions.

Ghana Center Amida Brimah is competing in the Champions League for the first time and is averaging 10.7 points, 6.8 rebounds and 2.8 blocks in 23 minutes.

Oostende has lost all three games played in the Round of 16 against Prometey in the first leg, Unicaja Malaga and Cluj Napoca in Group K.

Filou will turn attention to winning its first title of the season on Sunday, March 13 against Limburg United in the Belgian Cup Final before playing Malaga on March 16.