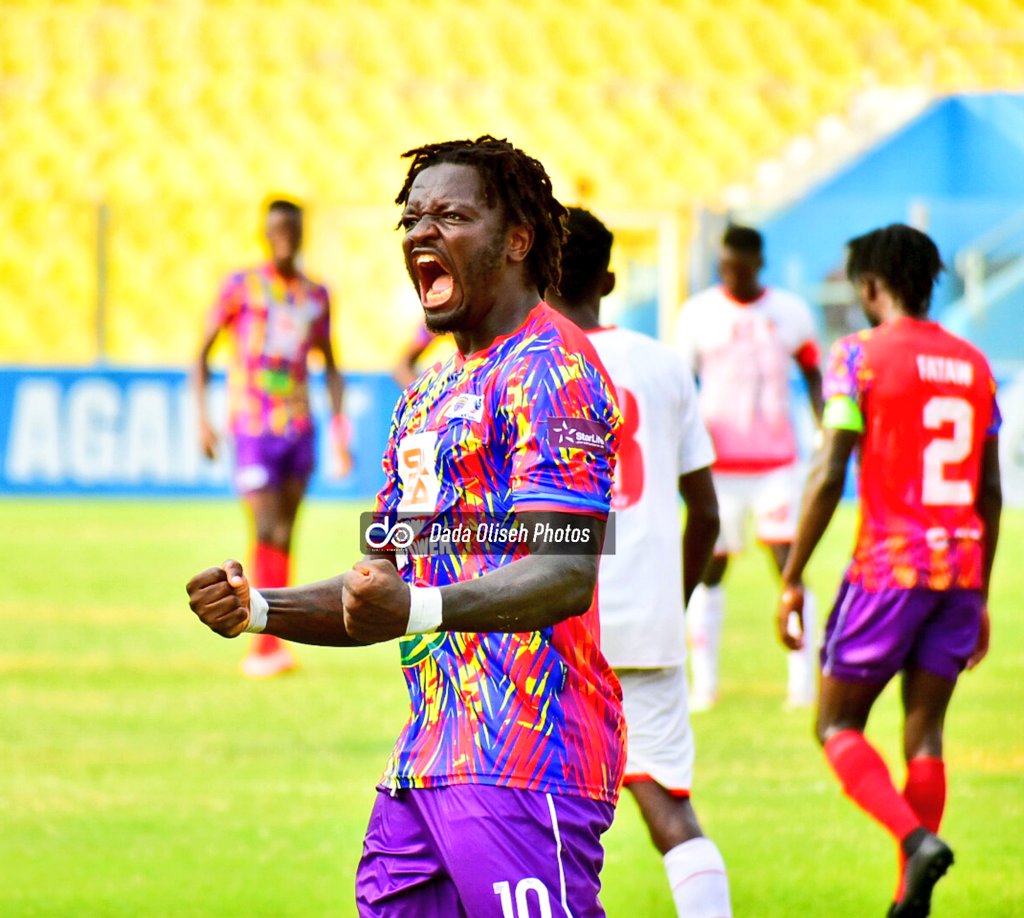 Sulley Ali Muntari scored his first goal for Hearts of Oak from a spot kick to hand his side a deserved 2-1 win over WAFA in the Ghana Premier League in Accra.

Muntari scored from the penalty spot in the 74th minute to give the Phobians the lead in the second half of the match day 19 tie at the Accra Sports Stadium.

Hearts’ lead after 46 minutes through Kwadwo Obeng Jnr was canceled by Henry Owari in the 55th minute.

The former UEFA Champions League winner with Inter Milan had the chance to seal win for the Phobians when forward Patrick Razak was brought down by WAFA’s goalie Osei Bonsu in the 74th minute.

The 37-year-old stepped up and netted what proved to be the winner for the hosts who are looking at getting into the top four.

Muntari has enjoyed his stay at Hearts since deciding to join the Ghanaian giants ahead of the second round of the top flight 2021/22.

The former Black Stars player has two goal contributions since joining the reigning Ghanaian champions last month. He registered an assist two weeks ago in the 1-1 draw against Legon Cities.

Muntari last played for the Black Stars at the 2014 FIFA World Cup in Brazil.