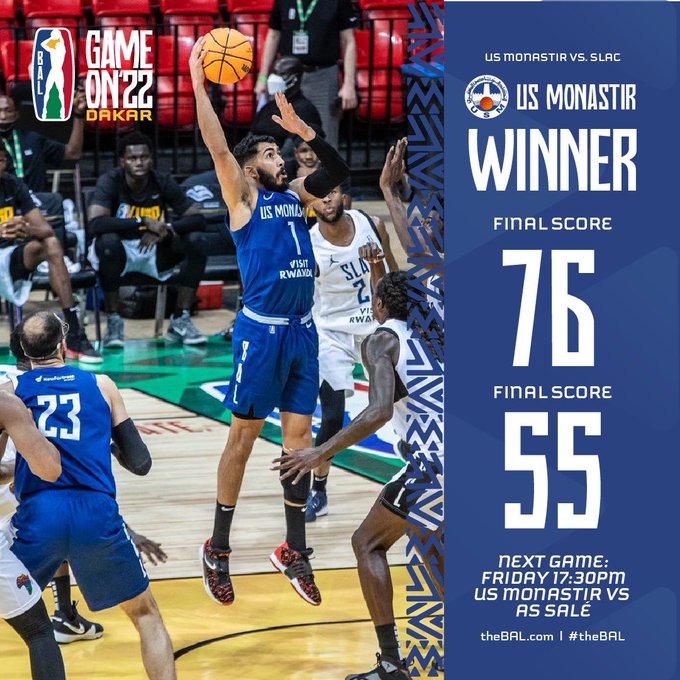 Monastir beat CFV Beira from Mozambique 77-71 in its opener and scored a 76-55 win over Guinean side SLAC to stay unbeaten in the tournament.

Veteran Radhouane Slimane led Monastir with 15 points, three rebounds and three assists in 25:56 minutes in the win. The Captain was one of four Monastir players to score in double figures.

SLAC’s Marcus Crawford tied Slimane’s point tally and added four rebounds and an assist; Monastir finished in second place in the 2021 edition after falling to Egypt’s Zamalek in the final.

The second edition of the continental competition organized by the NBA and FIBA-Africa has games in the Sahara Conference taking place at the Dakar Arena in Senegal.