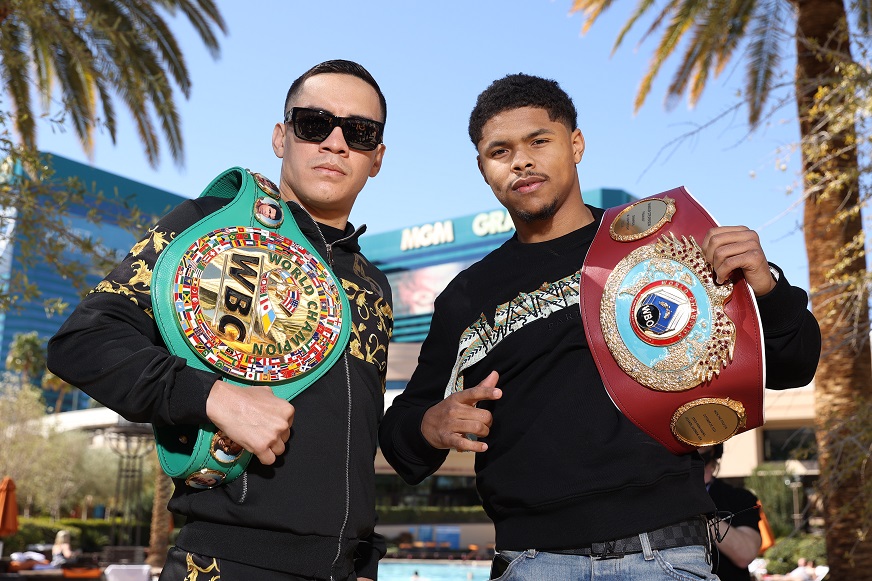 Less than eight weeks from fight night, the two went face to face Wednesday morning at MGM Grand. Tensions did not spill over, but the two undefeated champions exchanged not-so-pleasant pleasantries.

Valdez (30-0, 23 KOs), the two-weight champion from Nogales, Mexico, enters as the betting underdog for only the second time in his career. The first time, Valdez knocked out Miguel Berchelt in devastating fashion.

Stevenson (17-0, 9 KOs), in his fifth bout at junior lightweight, hopes a victory will vault him up the mythical pound-for-pound rankings.

Promoted by Top Rank, tickets starting at $79 go on sale Thursday, March 10 at 10 a.m. PT and can be purchased by visiting AXS.com.