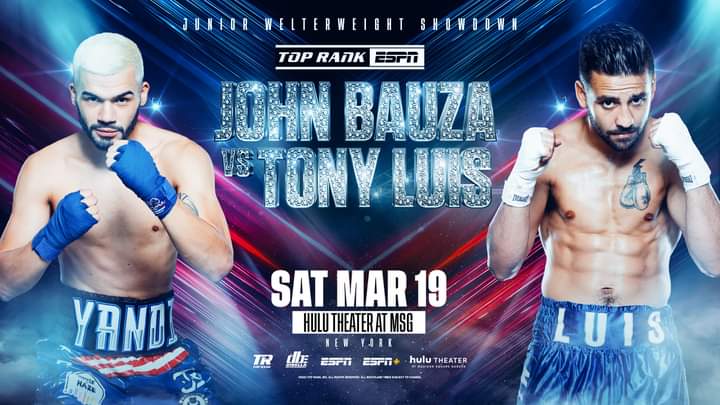 Lightweight star Keyshawn Davis, the Olympic silver medalist from Norfolk, Virginia, has a non-COVID-related virus and was forced to withdraw from his March 19 bout against Esteban Sanchez at Hulu Theater at Madison Square Garden.

Berlanga-Rolls, Zayas-LaVallais and Bauza-Luis will be televised live on ESPN & ESPN Deportes (simulcast on ESPN+) at 10 p.m. ET/7 p.m. PT.

Bauza (16-0, 7 KOs), from Cataño, Puerto Rico, enters this assignment coming off the two most impressive showings of his career.

The 23-year-old southpaw now steps up against Luis (29-4, 10 KOs), a 34-year-old who has knocked off three undefeated prospects in his career. He went unbeaten for more than five years until an August 2020 decision loss to top contender Arnold Barboza Jr.