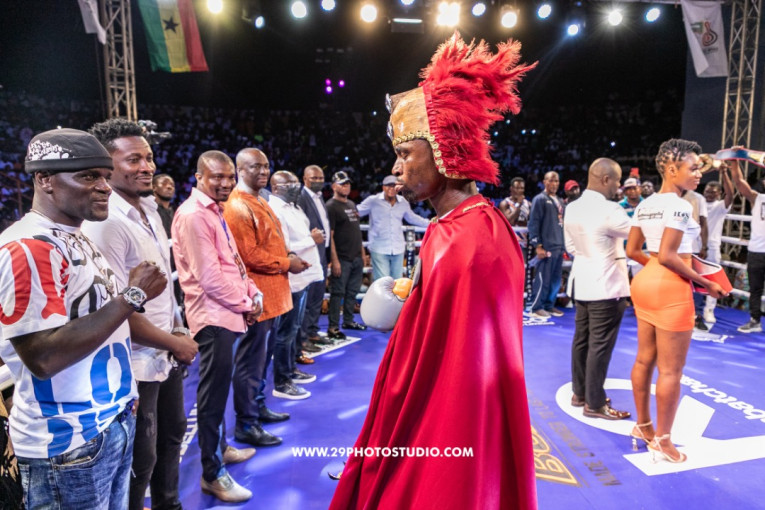 The most anticipated fight between George ‘Red Tiger’ Ashie and Robert ‘Stopper’ Quaye although lived to expectations had fans in awe when ‘Stopper’ mounted the ring.

In the history of Ghana boxing and fights sanctioned in Ghana, Quaye took it to the next level.

American boxer Deontay ‘Bronze Bomber’ Wilder over his years of boxing has shown consistency in what he shows up in for his ring entryand this has always added some flair to the game.

Robert ‘Stopper’ Quaye in the history of Ghana boxing showed he is not only about the fight but also got style as he wowed spectators with what he showed up in.

Ghanaian boxing lovers are not used to seeing boxers decorate themselves with such fancy but the ‘Stopper’ went all out to showcase it.

The media and fans present have continued to laud him for his craft and although he lost by TKO in the 8th round he continues making the airwaves go crazy not only for losing but also having worn one, if not the best outfits in the boxing scene in Ghana.