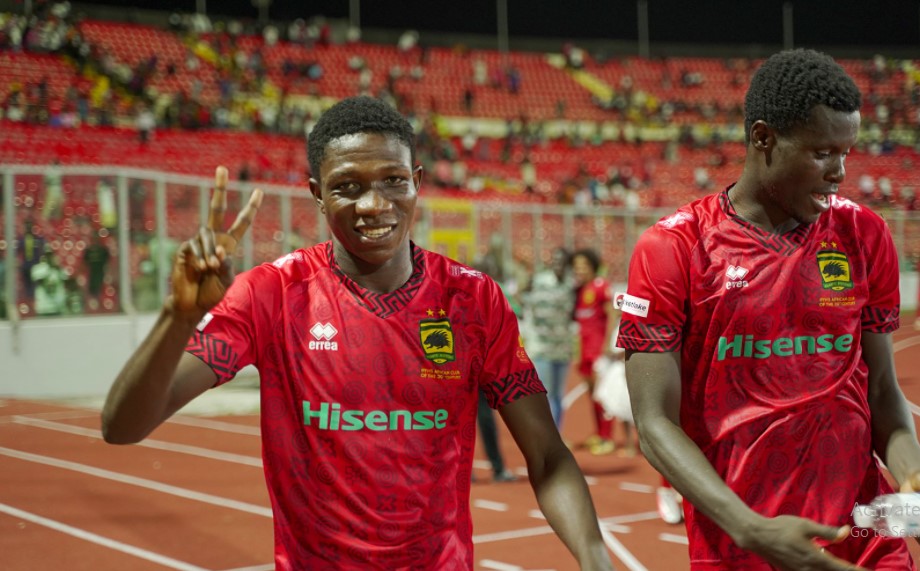 Asante Kotoko beat Bibiani Gold Stars 5-0 to maintain their place at the top of the Ghana Premier League table.

The Porcupine Warriors failed to score in midweek against Bechem United dig deep to get back to winning ways at their favourite grounds in Kumasi – and indeed did not disappoint as they scored twice within 3 minutes through Cameroonian Mfegue Omgba.

Mfegue broke the deadlock in the 31st minute when he tapped the ball into the net after Gold Stars goalkeeper Ernest Kusi fluffed a cross before lifting a lovely ball over the goalkeeper after being teed up by Mbella Etouga for the second goal.

The Porcupine Warriors went into the break with a 2-0 advantage – much to the delight of the roaring fans at the Baba Yara Stadium.

Back from recess, Augustine Agyapong added to the tally as he scored his first goal for the Reds with a long-range effort which deflected into the net in the 59th minute.

The League’s leading scorer Franck Mbella got his name on the score sheet – his 14th of the season from the penalty spot before Samuel Boateng wrapped things up four minutes from time.

The win gives Asante Kotoko an eight point lead against second placed Aduana FC with 14 games to end the season.