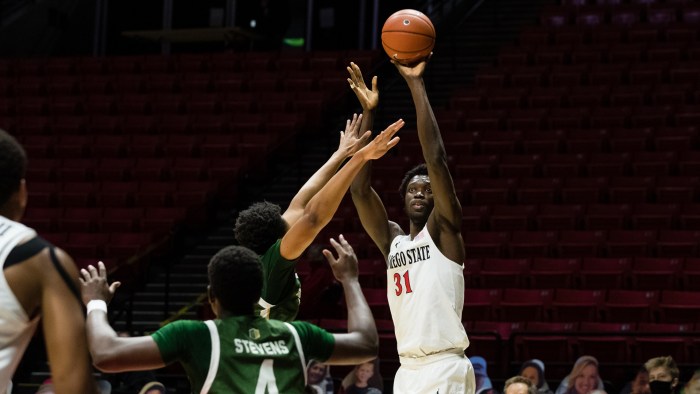 Ghana Center Nathan Mensah has been named as the Best Defender at the Mountain West Conference Media Awards.

As reported by the San Diego Union-Tribune, San Diego State University player Mensah won the Defensive Player of the Year Award in the US Men’s College Basketball Conference.

The athletic Mensah played a key role in his fourth year with the program to get San Diego State University competing for a second Conference title win in a row this season. He was named in the All Conference Third Team for the 2021-2022 Season.

However, the team fell short due to a 52-53 loss to Boise State University in the final game that ended earlier today. Mensah started the game and played 32 minutes.